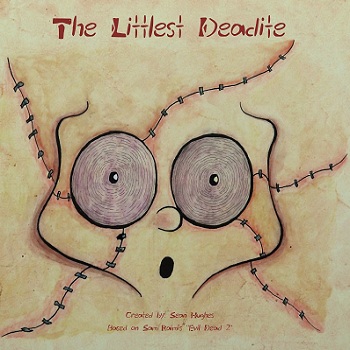 Guaranteed to give your children nightmares.

With Ash vs. Evil Dead currently killing it over on the Starz network, it’s safe to say that Sam Raimi’s creation (and Bruce Campbell’s career) is exepriencing a much-deserved renaissance, both among fans of the original series and 20-somethings looking for a raunchy, gory good time.

But there is one key demographic that The Evil Dead series has never been able to capture: 10 year olds.

Perhaps due to the violence, the language, or the fact that its first incarnation features a tree rape scene, The Evil Dead has never been a big hit amongst toddlers and pre-teens…until now.

That’s because artist Sean Hughes has deftly combined the world of children’s fairy tales and The Evil Dead with his recently released creation, The Littlest Deadite, a children’s tale complete with creepy yet somehow adorable illustrations.

Check out the story below, via Hughes’ official website.