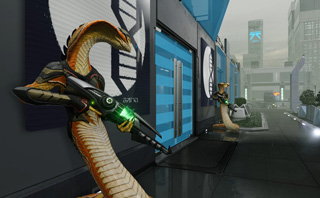 Long War was one of the most popular XCOM: Enemy Unknown mods, and now it’s got a sequel available for XCOM 2. The team at Pavonis Interactive has already shown off a new class of weapons, and now they’re detailing the new types of missions the mod adds to the base game.

Long War 2 features eight new “tactical mission scenarios” to the game. They are:

These missions support the revised strategy layer in the mod, which puts you in charge of the Resistance in every region you’ve contacted. You’ll direct the efforts of the rebels, deploy advisers, and gather intelligence. All of those efforts will be needed to combat the enemy’s new strategic AI. The new missions will also bring along new abilities, including the option to spawn unlimited reinforcements in certain missions.

Another interesting change is that your soldiers will now have to wait for the Skyranger to arrive and extract them from mission sites, lengthening their exposure to danger. To make things even more challenging, the announcement says that “ADVENT reinforcements have become more dangerous overall.”

It sounds like Long War 2 is going to be exactly what we’d expect, based on its predecessor. Hope you’re ready to be challenged, Commander. You can learn more about the mod in the Q&A posted with Pavonis Interactive over on the XCOM 2 site.

You can download and install Long War 2 for free on the Steam Workshop.

Path of Exile is Coming to Xbox One

Eiji Aonuma: Zelda is “Very Complex and Multi-Faceted” in Breath of the Wild