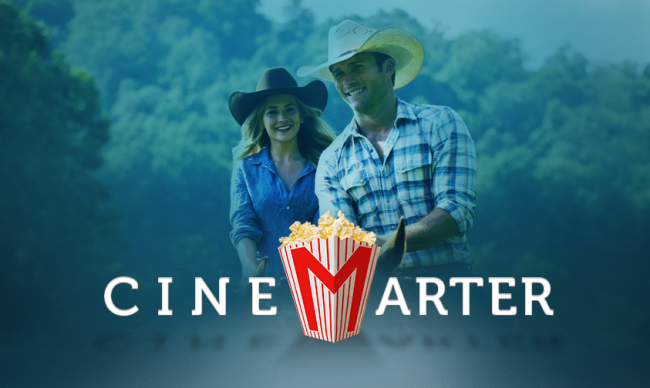 I was almost ready to give The Longest Ride a tentative and hesitating pass if only because its first two-thirds aren’t as painful to sit through as most Nicholas Sparks adaptations. Sparks, you may remember, wrote The Notebook, Dear John, and a whole host of other romance novels that Hollywood is currently enjoying adapting. And for a while, The Longest Ride isn’t that bad. It’s dull, the romance isn’t particularly interesting, and the characters are bland, but that still makes it better than most of these things. Then the final third happens. I wish I was using hyperbole when I say that The Longest Ride has the stupidest ending I’ve seen in a movie in years, but hyperbole that statement isn’t. It’s dumbfounding that the filmmakers think adults will eat it up, but I guess the novel sold well enough to warrant this film, so maybe I’m the one who’s crazy here.

Our leads are Sophia (Britt Robertson), a college student studying art, and Luke (Scott Eastwood), a professional bull rider. They meet at one of his competitions, go out on a date, and then save an elderly man, Ira (Alan Alda), from dying after he crashes his car. What a first date! It turns out that was just a narrative means of getting Sophia to hear Ira’s story of how he fell in love with a woman who loved art, a story which we see through flashbacks over the film’s duration and one which parallels Sophia and Luke’s budding romance. 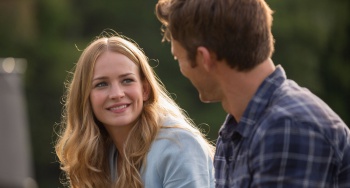 Thematically, this makes a little bit of sense, as it allows the film to hammer home whichever romantic theme it wants twice. For the audience, though, it basically means seeing the same thing two times, which, given the film’s two-plus-hour running time, is torturous. Sophia falls for Luke because he’s a tough cowboy, and he falls for her because she’s The Special. Seriously, they have this conversation. Even though they come from different worlds, they’re in love, and that’s all fine and dandy. Boring, but whatever. Then, with about a third of its running time remaining, The Longest Ride tries to throw conflict into the mix – “love means sacrifice” – which doesn’t work, followed by the most mind-bogglingly stupid conclusion to a movie that I honestly hope the filmmakers changed from the book just because it screams “Hollywood ending.”

The Longest Ride goes from almost passable to awful in the span of 40 minutes.

I won’t spoil it, but this is the type of thing that exists just to give us a “touching” moment – which it isn’t at all – wrap things up perfectly, and send audiences home happy. It doesn’t even make a whole lot of sense within its own narrative, let alone from an outsider’s perspective. But we’re supposed to be happy with this? Sorry, but that isn’t going to happen here. This is a conclusion to a movie that enraged me, that sent me home with a feeling of shock and disgust – and only because it says to me that the filmmakers think audiences are stupid enough to think that this is okay. This is despicable.

What is even more disappointing is that the movie leading up to this is not bad – for a Nicholas Sparks adaptation. I guess I need to throw that caveat in there with any sort of praise. Most of the reason it was easier to accept was the acting. Britt Robertson is so expressive that you just hope things work out for her, and Scott Eastwood, while not a deep actor here, has an old-school charm that works perfectly for his character. The scenes where it’s just these two actors interacting are fine. All of this goodwill – if you can call it that – gets thrown out the window with its final third. The Longest Ride goes from almost passable to awful in the span of 40 minutes.

A contemptible movie thanks to an incredibly stupid and irredeemable final third, The Longest Ride is a film that thinks nothing of its audience except as a way to make money to finance the next terrible Nicholas Sparks adaptation. That’s already in the works, by the way, and with several novels still unadapted, it looks like the trend will continue – unless, of course, people start voting with their wallets and avoiding movies like this one. Hopefully that happens with The Longest Ride, a movie that destroyed any good it had by having one of the stupidest cinematic endings I’ve seen in years, and maybe ever.

Bottom Line: Britt Robertson is really good and Scott Eastwood is fine, but this is another poor adaptation of a Nicholas Sparks novel.

Recommendation: There are good romantic movies out there. The Longest Ride isn’t one of them. Skip it.