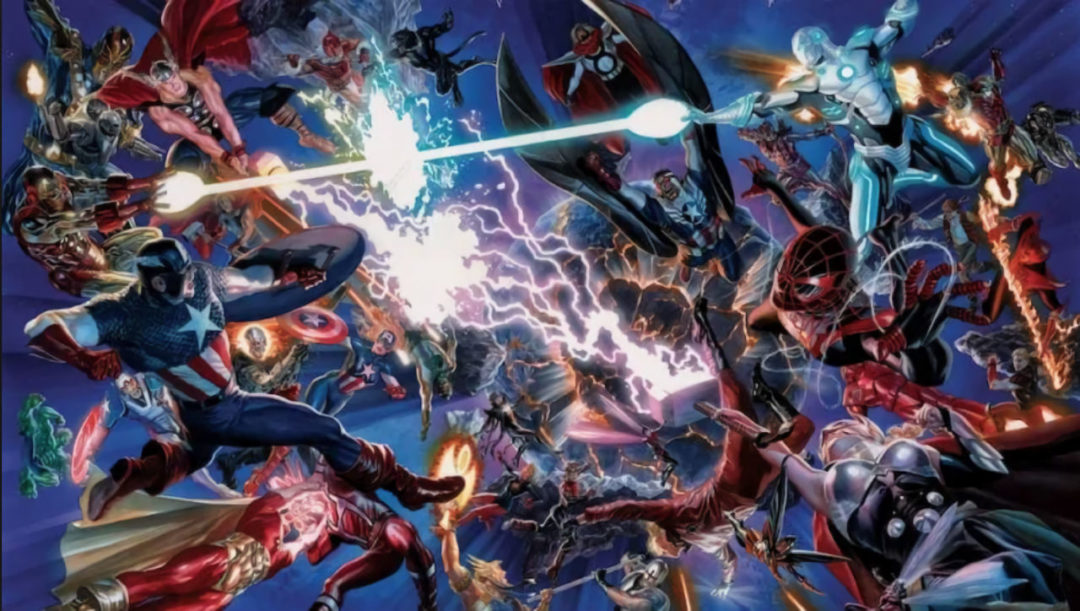 A version of this article previously appeared on Flixist.

I love the Marvel Cinematic Universe. I sat through all of Inhumans — that’s how much of a completionist I am. But I’ve never really delved into the comic books. The reason is simple: comic storylines have gone on for half a century or more and I find them hopelessly convoluted. The mainstream Marvel comics continuity — referred to as Earth-616 in dimension hopping fare like Spider-Verse — has been entwined with multiple alternate realities for decades. I’ve gravitated towards the films because I didn’t think they’d ever indulge in multiverse nonsense.

Yet, here we are.

Spider-Man: Far From Home looks promising, but just a single line in the trailer has me worried. They said the “m” word. Doctor Strange has said it before. Agents of S.H.I.E.L.D. did too in the fifth season. But now it looks like the MCU is ready to fully explore the concept. Just thinking about it makes me think of DC Comics’ massive Crisis on Infinite Earths crossover event from the 1980s. Remember that image of all of the Earths crashing into each other and all of the characters screaming in terror? That’s how I feel thinking about the MCU going full multiverse.

Even the creators of the comics are weary of the multiverse. Marvel Comics executive editor and senior vice president of publishing Tom Brevoort once said:

“I can tell you for sure that those of us actually working on the books virtually never use the term [616]— and I kind of wince inside whenever I hear somebody use it. It just sounds so stupid to my ear, and so counter to the kind of mindset we try to foster in regard to the stories we create and the thinking we try to employ.”

“I never use it, I hate the term pure and simple and agree with Tom’s assessment of it. I can’t remember ever hearing it in the office and only really see it used online for the most part. I think the term really came into vogue when the Ultimate Universe came into prominence, but in my world, the language and distinctions are simple, there is the Marvel Universe and the Ultimate Universe. Anything other than that reeks of all that DC Earth 1, Earth 2, Earth Prime stuff which I’ve never really taken to, but then again, I got into DC when they got rid of all that stuff so it was from and for a different era than my own.”

Quesada’s comments in particular illustrate my issues with DC’s approach to multiversal storytelling which the Arrowverse television shows inherited from the comics. There’s a point in comic books, with their floating timelines and expanding fictional universes, where the editorial team has to reboot the stories to clean up continuity. This leads to events like Crisis on Infinite Earths or, over at Marvel, Quesada’s One More Day story that negated Spider-Man’s marriage to Mary Jane Watson. Narrative spring cleaning is one thing, but Crisis style continuity shuffling has become an increasingly regular occurrence in superhero comics, resulting in muddy mythologies I find impossible to follow.

Marvel Comics is especially reliant on these retcons and reboots. The recent Secret Wars event destroyed every Marvel universe including the 616 and the “Ultimate” universe that birthed Into the Spider-Verse star Miles Morales before unifying them all as a single space … only to then reopen the multiverse for Spider-Verse sequel Spider-Geddon. The very nature of comic books, because of the need to ceaselessly reset and revert, comics inevitably transform into absurd soap operas like Days of Our Lives, only superheroes who never truly age. The more grounded and practical nature of film — Chris Evans can’t be Captain America forever because he will die someday — is why the MCU is preferrably digestible.

I’m not actually opposed to the existence of the Marvel multiverse, but I recognize that the concept eventually becomes as limiting as a longform story. The multiverse as a premise is suited for standalone stories. Spider-Man: Into the Spider-Verse is an absolute favorite of mine. Opening the core MCU to behemoth events like the DC Crises or Secret Wars could prove to be dangerous.

Here’s how messy this can get: the MCU is already part of the larger Marvel multiverse. If the official Marvel handbook is to be believed, the MCU has the designation of Earth-199999. Far From Home confuses the matter, though. In a recently leaked clip of the movie, Jake Gyllenhaal’s Mysterio says that the MCU we know is Earth-616, while Mysterio hails from Earth-833 (in the comics, this is the home of Spider-UK.) It’s all very confusing.

Why use “616” for the MCU? Does 199999 consider itself 616, and vice versa? Did Mysterio, who totally has to be a lying hack barring some sort of twist, pull that number out of his fish bowl helmet? Or is it just an easter egg, meant to give a nod to fans, instead of hopelessly confusing them? I’m willing to bet that it’s the last option, but regardless, the needless complication irks me.

Avengers: Endgame was the end for many characters and plot threads in the MCU, it also built a strong foundation for new ones to emerge. While there are a number of original projects like Shang-Chi and The Eternals coming up, I worry that many of these future projects will involve alternate timelines and realities. An alternate Loki is now running around, on his way to star in his own Disney+ show. Animated shows exploring What If? scenarios in the existing MCU movies are on the way. Like Spider-Verse, these could work very well by themselves but right now Marvel Studios can’t seem to make up its mind on how their own time travel and alternate timeline rules work. Endgame directors Joe and Anthony Russo contradict screenwriters Christopher Markus and Stephen McFeely from interview to interview even though the four of them worked on the same movie.

What happens when the inevitable Crisis style full reboot comes for the MCU? It’d be foolish to assume Disney and Marvel Studios will never hit the reset button once they need to get newcomers in theater seats. Maybe they’ll even do Secret Wars. But what will that do to the enjoyable precedents set by Endgame? We’re used to Hollywood recasting Superman, Batman, and Spider-Man every few years, but Marvel Studios straight up retired the characters of Tony Stark and Steve Rogers and let them pass their superhero identities on to other characters.

I urge Marvel Studios to stay on this track, emphasizing legacy and continuity. Multiverses can be fun for a time, but they will inevitably end in confusion. The more the timelines branch, and the more they factor in as essential to future stories, the less accessible the MCU gets. The MCU has successfully emulated the comic books in building a formidable shared universe but they shouldn’t emulate comics’ worst habits.

Chris Compendio
Chris is a staff writer at Flixist, with bylines in Destructoid, Paste Magazine, DualShockers, and their own AP Marvel publication and podcast show. A screenwriter and MCU enthusiast, they are pretty sure that Captain America: The Winter Soldier is the best movie ever.

In Star Wars: Knights of the Old Republic, Good and Evil Get Murky