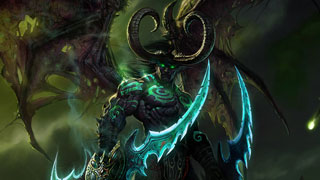 After four years of preparation, the World of Warcraft legacy server Felmyst was hit with a cease and desist less than five hours after launch.

The latest World of Warcraft legacy server to fall victim to the dreaded raid boss Cease & Desist is Felmyst. The server was focused on The Burning Crusade expansion, and had been in development for four years.

The hype had been building to the launch for the past few weeks, and when the server went live, thousands of players rushed to sign up. Many weren’t even able to get logged into the game before the news came down – Blizzard had sent a cease and desist letter to the server’s creator, Gummy 52.

The Felmyst website has been replaced with a photo of said C&D letter, and an explanation from Gummy52. He explained that he was able to devote so much time to the project over the past four years due having muscular dystrophy, which left him unable to work. Furthermore, the disease precludes him moving to somewhere Blizzard’s lawyers can’t reach.

This is just another cautionary tale for the WoW legacy server community. It takes years to get a solid server off the ground, and it can all go away in less time than it takes to get through the login queue. As for legacy servers, most folks are pinning their hopes on Blizzard doing something official, but there’s been no indication of that so far. Maybe we’ll see something at BlizzCon in November, but it seems unlikely.