This coming Sunday in Hollywood, people nominated for awards, people presenting awards, people with big upcoming movies to promote and retired industry has-beens with nothing better to do will assemble for the yearly production of The Academy of Motion Picture Arts & Sciences Awards, otherwise known as the Oscars. For the second year in a row, the prevailing buzz is that everyone is preparing for a terrible show. A prevailing buzz that, for a change, I tend to agree with.

A plurality of awards, likely including Best Picture, are all-but-assured to be scooped up by The Artist. An empty, momentarily diverting, gimmick-driven nothing of a movie destined to join the ranks of other immediately forgotten Best Picture honorees like … um … “That one with the kids in, uh, India I think?” and “That one about racism in LA, or something?” The night’s big too-close-to-call question is whether Best Actress will be awarded to Meryl Streep’s great performance in a thuddingly mediocre period drama or Viola Davis’ great performance in a thuddingly mediocre period drama. The show will be hosted by AMPAAS fave Billy Crystal, whose schtick was considered overly safe and oldschool when he last did it almost a decade ago. Hastily yanked out of comedy hypersleep when The Academy’s head-slappingly bad attempt at relevance in hiring Brett Ratner (a filmmaker who hasn’t been relevant himself in years) and Eddie Murphy (who hasn’t been relevant for even longer) to helm things blew up in their faces. At this point, if this doesn’t wind up as one of lowest-rated Oscars ever it will be close to a miracle. If opportunistic political bloggers don’t try to spin the coincidental contrast between these inevitably low ratings and the potentially heavy box office take of the military drama Act of Valor into something meaningful it will be an actual miracle.

Meanwhile, the news cycle delivers one story after another of ideas that might have enlivened the evening getting shot down: The Muppets getting to perform their Oscar-nominated song? Not gonna happen. Sacha Baron-Cohen showing up in the guise of his character for The Dictator? He’s been banned from appearing to make sure he can’t do just that. Y’know, because heaven forbid something funny might occur.

How did this happen, exactly? Not necessarily the lack of import attached to the Oscars themselves – it’s been general smartypants common knowledge that The Academy (and other awards galas) is “just marketing” and “usually gets it wrong” since the beneficial demolition of faith in the media of the 1960s, and serious cineastes have rejected their picks out of hand for longer than that. But when did the show lose the value of its own spectacle? Forget about The Academy’s taste or lack thereof, when did this stop being interesting?

Part of it, to be sure, is a downward movement of popular culture. Interest in The Oscars once came from the desire to see beloved movie stars assembled together while popular entertainments battled for supremacy. Today, the couch culture has so thoroughly debased both of those things that it’s no exaggeration to say that J-Wow, The Situation and The Real Housewives are bigger stars to a strong plurality of Michael Bay’s America than most of the accomplished actors and filmmakers who’ll walk the red carpet on Sunday.

But that’s only part of the problem, and not the big part. The big problem isn’t downward cultural movement but a much more pronounced lateral cultural movement. American pop culture has shifted tremendously not into higher or lower realms but rather different and diverse realms in recent decades, and Oscar hasn’t.

A study recently published as part of an Awards Season article by the LA Times revealed some unsurprising but sobering facts about Academy Membership: overwhelmingly male (77%), amazingly un-diverse (black and Latino membership? 2% each), and overwhelmingly, well … “getting up there.” The median age is 62, with total members under the age of 50 bottoming out at just 14%. It is, in other words, an Old Boys’ Club, right down to membership being available only to those who are first recommended by existing members, i.e. you can’t earn your way through the ranks.

Now, obviously, a lack of diversity isn’t in and of itself the worst thing in the world, but that Oscar’s voting pool is so tremendously unrepresentative of its own audience and by extension the culture it exists within is both depressing and expected. In fact, it probably does a lot to explain why Oscar and American moviegoers don’t see eye-to-eye anymore. Way back when, Oscar exclusively reflecting the tastes of Old White Men meant it was also reflecting the tastes of an American pop culture also dominated by the tastes of Old White Men, but that’s not where the popular culture has been for a long time now – it’s not even where the Hollywood industry is. Women, children, teenagers, racial and religious minorities, gays, etc. are growing, powerful markets unto themselves, and the infusion of their input and tastes into the Melting Pot has fundamentally changed what constitutes things like “cultural events,” “blockbuster movies,” “important topics” “acceptable content” and yes, even “movie stars.” 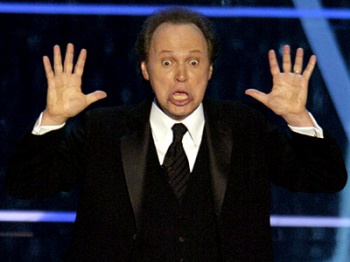 Heck – especially movie stars. In case you haven’t noticed, movie stars in the traditional sense seem to be in short supply. Oh, there are some who embody the old idea of the larger-than-life figure bigger than any one role they might play – Angelina Jolie: the globe-hopping fantasy-made-flesh, George Clooney: Last of the Handsome Devils, the ubiquitous Will Smith, The Survivor, The Space Pope, but their numbers have dwindled. Characters, it appears, are now the stars. Christian Bale and Tobey Maguire are talented, well-liked actors, but box office has borne out that they are not movie stars. Batman and Spider-Man, whose costumes they’ve inhabited, are the movie stars now.

But all the more substantial stuff has shifted, too. “Stuff you don’t discuss in polite company” like racism or sexuality can today be the stuff of moneymaking blockbusters – Brokeback Mountain, a movie I’m not a great fan of for the record, was a $178 million box office smash (costing on $14 million to make). Genre films dominate the international hit parade. Comic books, videogames and cartoons are viable subjects for high-end adaptation. One imagines that an Oscar voting pool more reflective of its industry’s audience (if not necessarily their sometimes questionable taste) might reflect such changes – why not more “women’s films” among the nominees? Why can’t the Great Romances involve two men or two women? Why deny Andy Serkis a nomination for Best Actor simply because acting technology has outpaced The Academy’s understanding of it? The superhero occupies the place in modern pop mythology that the cowboy did once before – why not consider honoring the epics of Batman and Captain America as we once honored the epics of John Wayne and John Ford?

And yet one can easily picture The Academy’s bleach-skinned, cobweb-embalmed skeletons creaking sharply to life – once a year, of course – at the mere thought of such things:. “Egads! Two men? Are they allowed to show that now?” “Nominate a science fiction film? Those ridiculous things with the cardboard space-planes and little green fellows?” “A woman director? Are you sure? Did you … check?” It’s a simple image to conjure, as is the understanding of why they seem to have flipped for a lightweight Best Picture frontrunner with literally nothing of substance to offer other than “Hey, remember that time when they invented sound? That was quite a thing, huh?”

You can even see the influence of The Academy’s monolithic (and boringly monolithic, at that) hivemind at play during the few instances where they seem to break routine. The Lord of The Rings was finally allowed its Best Picture prize (only had to try three times), but then, LOTR is a renowned literary classic that was old when even most of AMPAAS was young. It’s at first surprising that this purported collective of Charles Montgomery Burns dopplegangers rose to the occasion for Terence Malick’s nigh-impenetrable tone-poem Tree of Life, until you consider that its central narrative is anchored in familiar “early-50s Americana” territory that likely spoke to them, albeit in an alien language of hovering mother/goddesses and compassionate velociraptors (and yes, just so we’re clear, Tree of Life Is, in part, about a compassionate velociraptor).

The Academy is, essentially, applying a cultural filter that’s been obsolete since around 1962 to a landscape of movies coming out in 2012 – small wonder there’s such a growing disconnect.

Some of you may ask, logically, what the problem with that is? If Oscar continues to change at a glacial pace while the world around it changes at the speed of thought, the worst that could happen is that the Awards and their Big Show might vanish completely, and what would be so wrong with that? Honestly, I can’t say for sure it’d be a tangible loss at all, but I think that it might. The lone irritating downside to an increasingly diverse culture of multiple voices and viewpoints is that we run the risk of resurgent tribalism and factionalization; people eschewing the idea of shared “monocultural” events for the comforts and clan and kin – an insularity that breeds anti-intellectualism and stifles vision.

As cheesy as they are, big sweeping “everyone is watching” cultural touchstones like The Oscars, The Superbowl, World Cup, etc. have the potential to bring us together in shared-experience, even if that experience is groaning at Billy Crystal’s tired-ass routine or arguing about which preferred movie should’ve won instead of the one The Academy picked. And by retreating into its own insular, factional clannishness – walling itself up in a timestuck cocoon where it’s always 1957, “serious drama” is always the only medium that matters and Old White Men are always the last word on everything – The Academy isn’t just robbing itself of relevance, it’s potentially robbing the culture of the chance to share something, which is almost as unforgivable as the time it did this.