Once upon a time, it was geographical barriers. I didn’t play multiplayer games because you can’t on a dial-up internet connection. When that barrier vanished, I dabbled in multiplayer — a racer here, a shooter there, a LittleBigPlanet, or an always-online survival game. None of them grabbed me enough to make me want to spend 10, 20, 100 hours in their worlds, not in the way Skyrim, Valkyria Chronicles, or Heavy Rain did.

I enjoyed campaigns. The stories may not always have been up to scratch, but those campaigns were wonderfully paced. Moments of high action followed by moments of peace, a new weapon or a new mechanic just as things were getting stale. Challenges didn’t just get harder; they got smarter.

Contrast that to most multiplayer games, where you do the same things on the same maps over and over. Variation may come from the individual strategies of opposing players, and that may force you to play tactically. However, there’s no flow. It’s a staccato burst of activity without linkages and without any clear idea of progression in mechanics or narrative. No matter how interested I may be to trial a new multiplayer game, the absence of any progression systems beyond the meta of prestige, light levels, or whatever fancy name a developer wants to give the numbers game devolves the experience of play into rote, endless repetition.

And repetition is hell.

I’ve recently been making a dent in my backlog, games I’ve been wanting to play for years but have never found the time for — DOOM, Tomb Raider, Sunset Overdrive, etc. — and I’m having an adverse reaction. Once upon a time, I enjoyed these types of games: Wolfenstein: The New Order, Uncharted, and inFamous held me in thrall. These newer games? Not so much.

The reason for that, I think, is that they draw heavily from the multiplayer design mindset. Like always-online/games-as-a-service games, their philosophy centers on keeping players engaged for as long as possible, usually in an open or semi-open world. The style may well have its merits as a business model, but the result is that these games end up replicating the cycle of endless repetition that so afflicts multiplayer experiences.

The design goes several ways. The first way is the domain of RAGE 2 and, to a lesser extent, Sekiro: Shadows Die Twice, where players can prioritize the amassing of core gameplay abilities early. The result is that combat encounters and traversal challenges become indistinct, as they must be designed for the free-form gaining of new skills. In these games, among others, some abilities continue to be locked behind story progress, but the drive to gain access to them is lessened. The pacing is in pieces because of the structures of freedom.

I was excited to play the new Tomb Raider games. Mostly critically acclaimed and widely compared to the Uncharted games (which I loved), surely they would be what I was looking for. The mechanical development of the reboot was well-paced, but the game itself was bloated by too many gunfights, traversal challenges, and side activities that were a chore. In the sequels, doubling down on the survival elements, tying new abilities to a skill tree, and locking areas behind items that had to be found later or purchased (thereby necessitating the revisiting of hubs in a transparent engagement attempt) exacerbated the issues from the first game and robbed the sequels of any sense of a paced adventure. Knowing that is the standard for Metroidvanias, I haven’t had the stomach to try Control or Star Wars Jedi: Fallen Order, despite the acclaim. 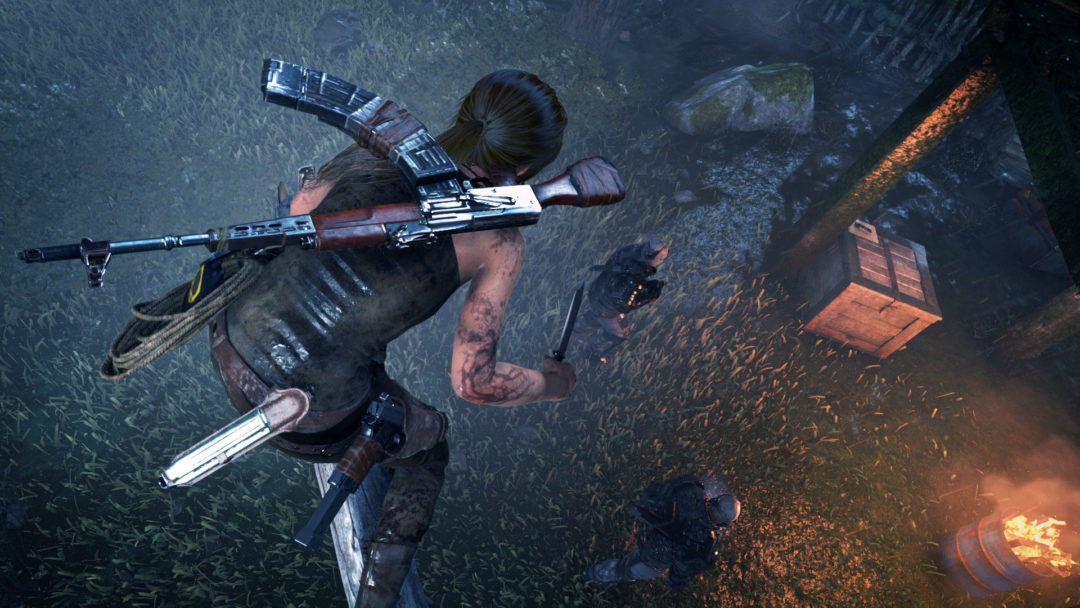 Similarly, after relishing Wolfenstein: The New Order and The New Colossus, Youngblood was a mess of repetition, forcing players to retread the same locations and kill the same enemy swarms time and time again. Eventually you get to break into a tower and face down a real challenge, but it’s just not worth the time and effort to get to that point.

The encroachment of the open world into almost everything and the Metroidvania format into everything else means that pacey games tested and pitched to ensure constant engagement across a finite period are being systematically eradicated. These designs create bloated adventures that break the fundamental principle of fiction: the journey.

Instead of a carefully crafted ludonarrative combining the variable pacing that gives stories peaks and troughs with a constantly evolving suite of abilities, I play an amorphous blob of content. Instead of challenges that force me to think of new ways to take advantage of particular weapons and environmental design, I am mobbed by endless swarms of bullet sponges. Instead of clarity of purpose, I get the freedom to acquire resources and random side quests in a hollow copy of capitalism’s grand goal of wealth accumulation. Instead of a journey, I get repetition.

I enjoy these games for an hour or two, but then I start to feel bored. I press on. Occasionally my efforts are rewarded with a moment that breaks the tedium, but those are rare. By the time I’m halfway through a campaign, I wish it were over because the second half is sure to be void of genuine surprises. Instead, the same patterns of traversal, collection, and battle will play out over and over until the credits finally, mercifully roll.

Once the domain of RPGs whose designers understood the value of open-ended progression and then co-opted by multiplayer designers as a means of marking progress, ever-increasing numbers have infested single-player games, and they are suffering as a result. They are becoming repetitive and indistinguishable, and I find myself wanting to tune out and turn off.

But “not all games,” some readers will certainly cry, and “not all games” is accurate. Last year’s A Plague Tale: Innocence and Devil May Cry 5 were notable exceptions. Looking forward, The Last of Us: Part II and Psychonauts 2 hold promise, but new games that aren’t overtly interested in freedom, pointless side quests, and the seeming entropy of repetition that springs from those traits are despairingly thin on the ground.

Hope springs eternal in the indie sector — The Occupation, Draugen, Tacoma, Hellblade: Senua’s Sacrifice, and My Friend Pedro stand out — but those games often fall short of the oomph, the polish, the sheer excitement of AAA adventures. Too many developers have embraced what is no doubt seen as the possibilities of powerful hardware to create entire worlds, with the result being that those worlds are misused and lose their ability to excite.