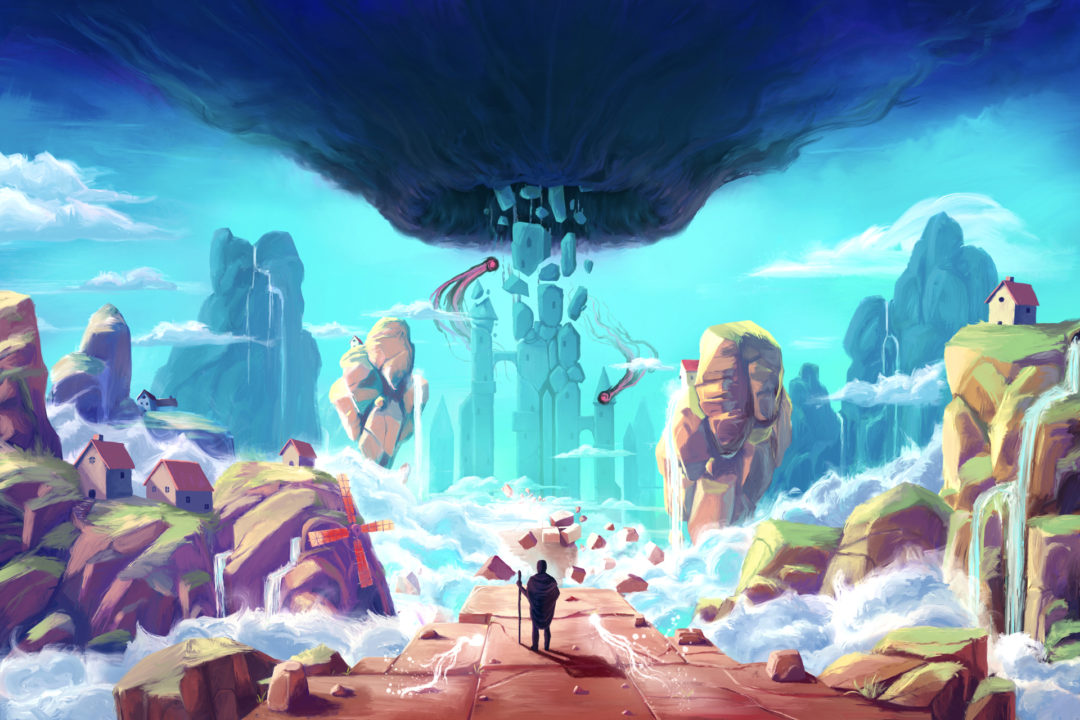 Iceberg describes The Sojourn as “an atmospheric, philosophical first-person puzzle game,” and it certainly looks the part. The latest trailer depicts warping, undulating ruins, ancient technologies, and flitting orbs of light, creating a vibe reminiscent of Myst or The Witness. To progress through The Sojourn, players will have to swap between parallel light and dark worlds and manipulate all manner of quasi-magical gizmos.

Iceberg promises that the puzzles and narrative will become increasingly intertwined and will eventually “uncover the nature of reality itself.” That’s a pretty tall order. The Sojourn‘s debut trailer suggests that it will be concerned with the entire journey of life, starting with birth, and the struggle to remain innocent in a world where corruption is around every turn. It also alludes to the promised parallel worlds angle in its narration: “The world around you is not what it seems. A world only a few dare to seek out.”

The final game will be broken up into four chapters and take about 10 hours to complete.

Per today’s announcement, The Sojourn will come to PlayStation 4, Xbox One, and the Epic Games Store on Sept. 20.

The Oriental Exorcist Looks Like an Awesome 2D Version of Sekiro

Darksiders III Feels Old-School, and It’s Great Because of It