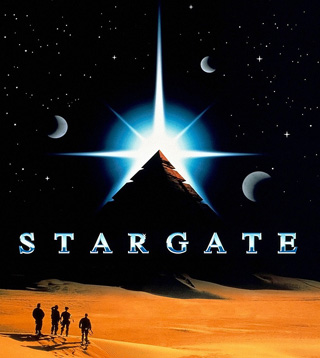 Way back in 1994 Dean Devlin and Roland Emmerich teamed up and created Stargate. The duo made the film independently, eager to make their mark on the world. Having full creative freedom, they told a science fiction story that was entirely unique and brimming with possibilities. Unfortunately their financial backers were sure it would tank and sold the rights to MGM before it even hit theaters. Then it went on to make almost $200 million. Afterwards MGM decided the best thing to do with Stargate would be to turn it into a tv series, which lasted for ten seasons and inspired two spinoffs. As beloved as the show was, the creators of the franchise were out of luck when it came to making the sequels they’d originally planned.

Then in 2013, rumors of a big screen Stargate reboot began to circulate. Hopes were high when the original creators of the concept, Devlin and Emmerich, teamed up for the first time since 2000 with the reboot/sequel for Independence Day. When Independence Day: Resurgence hit the box office last summer and got some bad reviews and less than awesome turnout, suddenly a lot of people who had been very interested in a Stargate reboot began to have second thoughts. Now the plans are dead in the water.

Resurgence still made money, of course. It had to. That’s not the issue here. Hollywood always makes money. The issue is why was a little critical backlash, which has never before faltered the likes of Roland Emmerich, somehow stopped this long anticipated sci-fi reunion from moving forward. Is this truly the end of Stargate? Will audiences never know what a Stargate trilogy on the big screen directed by Roland Emmerich would be like? Has the series been pushed already as far as it can go? Is moving on the only way the franchise can maintain a shred of dignity?

For over twenty years Devlin and Emmerich have kept the hope alive that they might someday officially reclaim their birthright to Stargate. I say officially because it seems they went ahead and made the sequel they’d originally planned right after the rights were taken away. They just replaced a few things to keep themselves out of legal trouble. That film was the first Independence Day.

The plot of Independence Day and the first season finale of SG1 are very similar to each other. However, because the show was just getting started the producers decided to keep the SG1 conflict entirely in space. The people of Earth in the series had no idea how close they came to being invaded and punished for the actions of the SG1 crew. It makes perfect sense that Earth would face some kind of intergalactic retaliation after the events of the Stargate film. Independence Day can be seen as an alternate timeline to the SG1 universe.

Devlin and Emmerich didn’t have the rights to keep the story going, so they shifted a few key plot points and promised each other to play dumb if anyone asked. When Independence Day came out to become a record breaking success whatever inside joke inspired it was buried. The story took on it’s own identity when the exposition involving the stargate facility was replaced with different exposition involving Area 51. Those scenes establish who the aliens are, what they look like, why they attacked Earth, and what they are capable of, as well as vulnerable to. If the president had been informed that the aliens were retaliating against an attack that took place halfway across the universe under the watch of the previous president, it would have made for a much more mind-blowing reveal for both him and the audience. Instead there was the Roswell craft and the dead aliens. It works as a plot device, but the whole “They consume resources from planets, then move on, and we’re next” explanation seems a bit dissatisfying. The aliens lack a motive for hating humanity as much as they do. 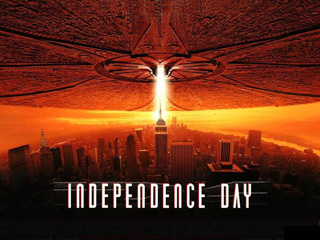 Certain music themes were shared between the two films, especially in scenes with the aliens in the third act. The alien craft look like they are made from the same quartz-like mineral that Ra and his people base all of their technology on. Both films climax with an atomic bomb blowing up the main ship in orbit. In those respective sequences Ra and one of the aliens each have the same close-up “oh shit” shot, followed by the last seconds of a timer, then boom. The concept art for Stargate and Independence Day are also very similar, with a beam of light in the center hovering over a well known monument. Independence Day is a terrific film by itself, don’t get me wrong, but if it were the Stargate sequel it was meant to be, it would have been that much better.

The third film of the unofficial trilogy isn’t Independence Day: Resurgence, however. That would be too obvious. If it were connected, any need or reason to remake a story told so recently would be lost. The trilogy was finished by telling the story of the original rebellion against Ra on Earth, when the stargate was sealed and buried for all time. That’s right – 10,000 BC.

Confusing to critics, the 2008 film was not a great success. It certainly has a number of issues, but if it had been officially connected to the Stargate series it would have benefited greatly. Instead of a veiled white giant as an antagonist it could have been Ra, a familiar face. Instead of the power of love bringing the love interest back from the dead it could have been a reanimating sarcophagus. Many of the confusing elements of 10,000 BC would have been clarified if it was allowed to be an official part of the Stargate series. But there are a number of hints still woven in. The voice of the main slave gatherer sounds just like the Jaffa in Stargate. The plot of humans being enslaved in order to help build the pyramids also makes perfect sense in this new context. Considering Emmerich’s hands were tied, I think he did a pretty great job of tying the three films together. Even how the hero throws his spear to impale the god at the end seems reminiscent of the mother ship being impaled by the missile carrying the nuclear warhead (why that missile didn’t detonate when it hit the first wall, I’ll never know).

Seen together, in chronological order, the three films combine to tell an amazing story of humanity overcoming the odds, resisting their overpowered oppressors, and reclaiming their independence.

It could be that all of these similarities are coincidence, but I seriously doubt it. Which begs the question, if a Stargate trilogy was made in secret already, is there any point to rebooting the series at all? Would Emmerich and Devlin simply remake that story as it stands? Hopefully not. Although spectacle and disaster became their schtick for awhile, this pair made some really solid contributions to the world of science fiction. That is a realm that they belong in. To do it justice, they would need to write the Stargate reboot themselves, rather than passing it off to the team that wrote Resurgence (as was the original plan which fell apart, and good riddance I say). If they don’t think they can write the new films, they shouldn’t make them. Although Emmerich is mostly known as a director, and Devlin as a producer, they were the only two writers for Stargate. They can’t just settle for producing and directing and hope to make something good. I suspect that’s why they pulled the plug for now. They have to reclaim the mindset they had when they first got together. Stop looking at profit margins and demographics. Shake off the cobwebs and get their heads together to geek the fuck out on some new Stargate. If, however, they decided behind closed doors that they just don’t have it in them, or they can’t do it with studio execs breathing down their necks, well good on them for not just steamrolling forward anyway to make a quick dirty buck.

When not dissecting movies at least a decade old, Kevin Mooseles is writing the latest book in his epic zombie conspiracy book series The Resistance is Dead. Book 2, “President Zombie”, will be available on Kindle by late June. Book 1, “The Outbreak”, is available in all formats at Amazon. To hear his latest podcast appearance discussing State of Decay (a zombie game with suppressors!), head over to Literate Gamer.