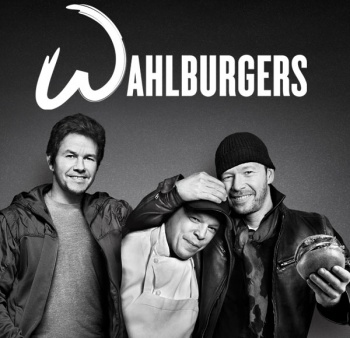 I promised myself I wasn’t gonna watch this show…

Okay. I’m going to try and explain, from the inside, how Boston feels about The Wahlbergs. They are the acting “dynasty” that now comprises Academy Award-Nominated Caucasian Rapper Mark, Boy Band Heartthrob turned That Nice Boy on Your Grandma’s Favorite TV Show Donnie and now Chef Paul, proprietor of area restaurant/reality-TV setting Wahlburgers.

Get it? Because a part of their name kind of sounds like part of the word “burger,” y’see?

Boston (here a word meaning “the entirety of New England,” because reasons) loves its native sons. Actually, Boston loves its native anything – as The Onion once perfectly summarized, Boston is a perfectly nice mid-sized city that likes to think of itself as a NY/LA-level megalopolis and is just belligerent enough about it that the rest of the country is mostly content to allow us our illusions.

We still love what remains of The Kennedys: early-60s ethnic pride at an Irish Catholic ascending to the Presidency having been absorbed by people of every ra… well, okay, every corresponding flavor of white people. We still hang on the success/failure of the Sawx and Pats even though they both went from Davids to Goliaths a decade ago. We’re a city still of rigidly-defined race and class segregation that nonetheless solidifies into granite in the face of (even just perceived) outside aggression. Yeah, we know Tom Brady looked like a Giselle-whipped punk with that Bieber haircut, but we’ll defend the HELL out of those frosted tips if some smarmy ESPN host takes a shot at him. And whatever you just heard that Ed Hardy’d bro at the bar say about the “f***in’ liberal hipsters in Cambridge,” do not repeat it if you ain’t from here or said bro is liable to stomp your face into chowdah “for the honor” of the nearest visible set of half-decent legs attached to a BU sweater and a pair of black rims (“‘specially if she’s Asian, cuz Asian chicks ah wicked hawt, killah!”)

And so too do we love The Wahlbergs, in no small part because they (Mark in particular) embody the city’s idealized self-image: Snot-nosed blue-collar punks who can conquer the world while still peacocking a certain degree of old habits thuggery like a favorite t-shirt. Wahlburgers, now heading for a second season, is built on the assumption that this dynamic can be successfully translated to audiences nationwide – well, that and the spectacle of Mark Wahlberg either not caring or not grasping (it’s hard to tell) that he’s too much of a legit movie-star to be doing a “Famous Guy’s Wacky Family” reality show.

Reality TV is all about editing real situations into sitcom premises, and the half-real premise of “Wahlburgers” is no exception. Homey, unassuming Paul (standing together, the Brothers Wahlberg look like a character study of a normal person gradually evolving into a Hollywood person) operates an upscale burger bar, which is stressful enough except his principal investors are his movie/TV star brothers!

Can these goofy guys feign difficulty in a venture guaranteed to profit off Mark’s celebrity take their “family business” to the next level? Can Chef Paul keep it together while obvious producer-driven contrivances his ca-razy family keeps butting in?? Other “characters” include family Matriarch Alma, Donnie’s girlfriend/insane has-been Jenny McCarthy and Mark’s posse of townie hangers-on (the real-life inspirations for the worst thing that ever happened to television.)

It almost feels beside the point to criticize Wahlburgers for being stupid and contrived. It’s Reality TV, stupid isn’t a bug – it’s a feature. The scrappy “going into business” drama is pure contrivance. The Wahlbergs already have another, “classy” restaurant, Alma Nove, literally across the street from Wahlburgers. The brothers’ “We’re still just a buncha knuckleheads gettin’ knocked into shape by Ma!” schtick is just that. If you don’t accept all this going in, chances are you’re not watching to begin with.

The currency of this genre are the moments where authenticity breaks out through the kayfabe fakery, and in its better moments Wahlburgers has that when it counts. Most of the time. It helps that Paul really does seem to have nothing but contempt for having a camera in his face, which gives his exasperation a certain amount of verisimilitude, while Alma’s reactions seem fairly genuine and Mark’s “real life Entourage” really do seem like the most obnoxious pack of Massholes imaginable. My heart goes out, though, to the poor editors tasked with making McCarthy come off like a psychologically-functioning human being most of the time.

The most interesting spectacle, though, undeniably comes whenever Mark rolls back into the plot. Reality shows need pretend villains to go with their make-believe heroes, and Mark jumps into the role with workmanlike abandon that’s vaguely admirable considering he’s the only person involved with a major movie-star reputation to protect. It’s not so much that he’s malevolent, just that Wahlburgers’ conceit of Paul as the beleaguered guy who “Just wants ta make hamburgah’s!” means that Mark has to be the main catalyst for things getting in the way of that: The rich fancypants brother holding the money who swoops in on private jets, drops some new business-related indignity in Chef Paul’s lap and then jets off to make Michael Bay movies. In one of Season One’s mini-arcs, Paul cautiously warms up to the idea of franchising Whalburgers to maybe another location in the area, maybe Fenway Park only to have Mark (and Donnie) blindside him with a plan to open the next location in Toronto, Canada. Somewhat anticlimactically, a Fenway location will probably open this year, anyway.

I do wonder where, exactly, they plan to take the remaining 9 episodes of the show’s original order from A&E – let alone what they might do beyond that point. There are 9 episodes of the show already produced, and to be honest about midway through you’ve basically got the gist of it. One imagines that “events” like the opening of Mark’s Transformers movie or Donnie and Jenny’s recent engagement will provide a certain amount of structure points. I can see it now. “Who’s gonna watch tha’ restaurant if I’m caterin’ a weddin’, Mahk??”

The burgers, incidentally, are actually pretty damn good. You kind of… almost want them to be bad, given the omnipresent gimmickry of the whole enterprise, but no – they put a good burger together. The ambience is a little strange, appearing to purposefully resemble a neighborhood sports bar that’s been washed-over by gentrification (or bought out by a chain) and the kitschy references to the family’s hardscrabble past (re: a sandwich topped with “government cheese”) are quite silly, but there are worse things in life than a burger place with a full bar.