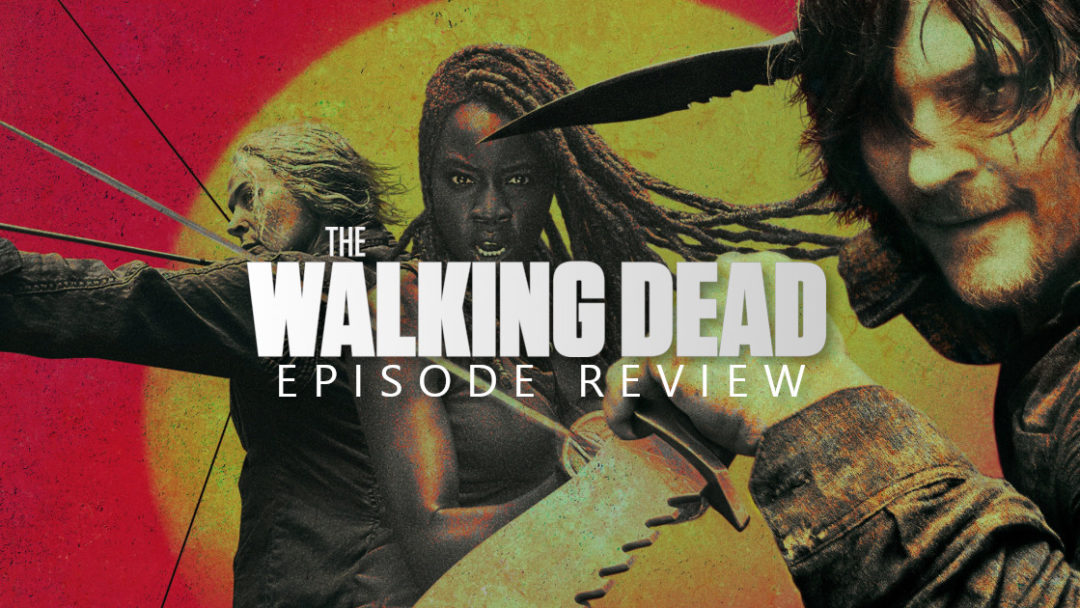 The Walking Dead Episode Reviews
Episode reviews are coming back to The Escapist. Every Monday at 3 p.m. EST, be on the lookout for a review of the latest The Walking Dead episode. Feel free to share your own thoughts in the comments if you’re watching as well! We’ll be expanding to other new shows like Watchmen and The Mandalorian soon!

I’ve been watching The Walking Dead since its first season premiered in 2010. I know a lot of people have written off the show at this point, and I was almost one of them. But the writers hooked me back in last season. I haven’t read the comics the show is based on, but I really liked the concept of the Whisperers and wished that Season 9 would have actually drawn out the mystery a bit longer.

If you don’t know about the Whisperers, they’re a new group to The Walking Dead show that lives like nomads and disguises themselves as the undead in order to infiltrate other communities.

But here we are in season 10 with “Lines We Cross.” The Whisperers have set up a border with the multiple communities (Alexandria, Hilltop, and Oceanside) following the killing of multiple characters, including Carol Peletier’s (Melissa McBride) adopted son, Henry.

Should anyone from the communities cross that border, war will ensue. The season begins with the communities preparing for this inevitable war using Dark Ages military tactics, having presumably exhausted every bullet left in the world in their season 8 fight against Negan.

With a lack of resources, the communities have become quite crafty with their weapons, using all manner of items to create makeshift spiked shields, spears, bows, and arrows… basically anything they can get their hands on to engage in close quarters combat.

The absence of guns means that the action has gotten more up close and personal. The zombies feel like an actual threat again, bringing back a tension that had dropped off during seasons 7 and 8 when just about everyone had access to an assault rifle. The Whisperers use their masks and tactics to blend in with the undead, and every time a zombie is on screen the viewer is left to question what it actually is.

The season 10 premiere includes plenty of zombie-killing action, though it was a bit lacking in character development. All the characters that survived from the previous season are where you’d expect them to be at this point. The one exception is Carol, who has found a boat and started living as a fisherman.

When she finds out that the Whisperers may have returned, she tells Daryl Dixon (Norman Reedus) that she has no interest in avenging Henry. She even attempts to persuade him to just abandon the community and head west towards New Mexico.

The episode’s pace picks up when a USSR satellite crash lands and sets off a huge fire in the woods just over the border with the Whisperers. The communities decide they have to do what they can to extinguish the fire so it doesn’t spread to their side of the border and damage their food and homes. That requires venturing over the border and dealing with the zombies drawn to the commotion.

As zombies pour out from the woods, we have no idea if someone in the swarm is a Whisperer just waiting to stab one of the characters in the back. The fight also shows that despite her rhetoric revenge is definitely on Carol’s mind. She slits a zombie’s throat just to make sure it’s not one of the Whisperers.

The episode ends with Daryl turning down Carol’s request to leave and head west. As Carol is about to leave, Alpha (Samantha Morton), the leader of the Whisperers, comes out of the forest and spots her. It’s a cliffhanger ending setting up what I can only presume is going to be a dark, violent, and vengeful season to come.

By the way — I think the “pikes” scene is of the best scenes The Walking Dead has ever had thanks to excellent cinematography and Bear McCreary’s absolutely stunning score. I’ve attached it below if you need a refresher. Carol spotting Henry is a gut-wrenching scene, and if it’s any indication of how dark things are going to get in the episodes to come, sign me up.

Modern Warfare’s Story Is About the ‘Bonds Between People,’ Says Narrative Director