This article contains spoilers for The Witcher season 1 on Netflix — and its monsters.

What is the measure of a monster?

Monster stories are inherently inherently comforting. Monsters serve to externalize fears, providing an outside expression of the anxieties simmering beneath in the collective subconscious. If those nightmares can be given form, they can be cast out. Those terrors can be conquered. This is why there have always been and will always be stories about monsters.

The Witcher represents a compelling addition to the genre. The basic premise of the show is familiar. Geralt of Rivia (Henry Cavill) is a traveling monster slayer. For most of the first season of The Witcher, he journeys from place to place and earns a living by slaying the monsters that prey upon the human settlements. The setup recalls Kung Fu by way of Van Helsing.

The Witcher cannily and cleverly complicates this dynamic. Geralt is more than just a man on a mission. He is not an unstoppable monster-killing machine. Repeatedly during the eight episodes that compose the first season, Geralt finds his assignment to be more nuanced than it might first appear. He is often defined by his restraint and his compassion rather than his violence.

Even in the show’s short first season, a pattern quickly establishes itself. Geralt is frequently hired to kill a beast, only to realize that the supernatural creature is actually the victim in the story and that the human characters are the real monsters. The human characters around Geralt are often frustrated by his hesitation and contemplation, his refusal to hack first and ask questions later.

In “The End’s Beginning,” Geralt is hired by the sorcerer Stregobor (Lars Mikkelsen) to kill the cursed Renfri (Emma Appleton). However, Geralt comes to sympathize with Renfri, particularly when Stregobor claims her body for his experiments and chases Geralt out of town by setting the locals against him. This sets the tone for the adventures that follow.

In “Four Marks,” Geralt’s investigation into the theft of grain leads to a group of elves who have been dispossessed after the genocide of their species at the hands of humanity. In “Betrayer Moon,” Geralt discovers that the monster stalking the land is nothing more than a child cursed by a courtier jealous of her parents’ incestuous affair.

In “Of Banquets, Bastards and Burials,” Geralt discovers that he has been lured to a royal dinner in the hopes he might assassinate a cursed knight who is an inconvenience to Queen Calanthe (Jodhi May). In “Bottled Appetites,” Geralt finds a jinn — only to use his wish to free the captured spirit (well, and something else). In “Rare Species,” Geralt discovers that a monstrous dragon is simply protecting its nest from poachers.

Geralt repeatedly insists that there is no inherent morality to the service he provides. “I don’t pick sides,” he tells Renfri. She replies, “You just kill monsters.” The Witcher repeatedly insists that Geralt doth protest too much. This is perhaps most obvious in his ongoing discomfort with the efforts of the bard Jaskier (Joey Batey) to romanticize his adventures.

Geralt cares more than he would like to admit. During the dragon hunt in “Rare Species,” he is horrified to witness Sir Eyck of Denesle (Jordan Renzo) brutally slay an emaciated hirikka as the other humans on the expedition cheer the knight on. “If we’d fed it, it would’ve gone away,” Geralt insists, his complaints largely falling on deaf ears.

Despite Geralt’s efforts, The Witcher argues that it is impossible to separate the killing of monsters from a larger moral framework. After all, the mythology of The Witcher suggests that this monster hunting represents a sort of ethnic cleansing. It is a way for mankind to claim this world as its own. As the sorcerer Istredd (Royce Pierreson) explains, mankind even stole magic from the elves.

Geralt often finds himself drafted in to reinforce existing power structures, to tidy away loose ends for those in power. In “Betrayer Moon,” Geralt becomes embroiled in a cover-up of an incestuous affair in a royal household. In “Of Banquets, Bastards and Burials” Geralt is maneuvered as part of a scheme to allow the rulers of the Kingdom of Cintra to avoid paying their debts.

The Witcher engages with the idea of monsters, the fear of “the other.” Monsters have traditionally served as metaphors for outside groups and external threats to the existing status quo. They are often coded in ways that reflect the prejudices of the time, acting as stand-ins for anxieties about foreigners or minorities or other groups. How many ’50s horrors are really about communism?

The classic Universal horror films are a good example. Dracula and The Mummy are both stories about predatory foreigners wreaking havoc. Director James Whale consciously coded his monsters as queer in classic films like Frankenstein, Bride of Frankenstein, and The Invisible Man. Indeed, Whale’s big innovation was his willingness to invite the audience’s sympathy for these monsters.

These monster stories started to become increasingly compassionate towards their monsters as society became more open-minded. The sympathetic (and romantic) depictions of Count Dracula that modern audiences take for granted are hard to reconcile with the more black-and-white portrayal of the creature in the original texts.

This has arguably become even more prevalent within the last decade. Films like The Girl with All the Gifts and Ex Machina didn’t just ask the audience to empathize with the monsters at the heart of these narratives, but to actively root for those creatures in their struggle against the tyranny and oppression of humanity. The Witcher comes quite close to making a similar argument.

This makes a great deal of sense, given the prevalence of dehumanizing language and rhetoric in contemporary political discourse – the description of immigrants and refugees as an “invasion” of “criminals, drug dealers, rapists” and “animals,” the use of propaganda imagery that harks back to Nazi Germany. The Witcher understands what it means to declare a person less than human.

The Witcher knowingly plays with audience sympathies. The series positions Geralt himself as an outsider, a human being who has undergone a transformation that could be used to classify him as subhuman or monstrous should it become expedient to those in power. At the end of “The End of the Beginning,” he is chased out of Blaviken like a monster from a black-and-white film.

As such, The Witcher belongs to a tradition of monster stories that interrogate the entire idea of monsters, asking the function that these sorts of narratives play in shaping and informing social norms. What does it say about humanity that vulnerable and starving creatures are treated as existential threats denied even basic decency? In that situation, who is the real monster?

The Witcher is refreshingly frank in how it frames its metaphors. Istredd’s description of “the great cleansing” makes it sound uncomfortably close to the doctrine of manifest destiny. “The humans slaughtered [the elves] so they could pretend the power had always belonged to them. Rewriting history with the stories we tell, the songs we sing about our own triumphs, it’s what we do.”

These systems do not just oppress supernatural creatures. The Witcher is explicitly feminist, making a point to stress that that these systems benefit men and subjugate women. A large part of Geralt’s discomfort with Stregobor in “The End’s Beginning” derives from the latter’s assertion of his authority over women’s bodies. Women who refused to conform are locked away in towers.

In “Of Banquets, Bastards and Burials,” Queen Calanthe laments that her granddaughter will never enjoy the freedom of a male heir to rule on her own terms independently. In the same episode, Yennefer of Vengerberg (Anya Chalotra) buries a baby girl on a beach. Yennefer had just been through the assassination of Queen Kalis (Isobel Laidler) for her failure to provide the king with a male heir.

“Let’s face it — you’re a girl,” Yennefer explains to the dead child. “We’re just vessels. And even when we’re told we’re special, as I was, as you would’ve been, we’re still just vessels for them to take and take until we’re empty and alone.” Yennefer began her life as a hunchback but was transformed into a sorcerer. However, The Witcher suggests she would never have had an easy life.

The Witcher understands the mechanics of a good old-fashioned monster story. More than that, it also understands what true monstrosity looks like. 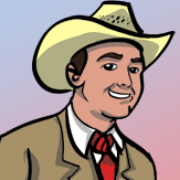 A Decade of Playing, Running, and Writing About Pathfinder