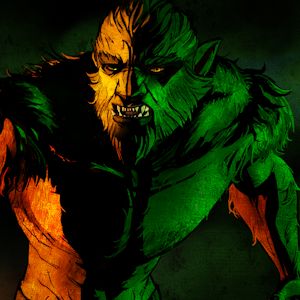 After the bombshell dropped at the end of the last episode, it would have been easy for the writers of The Wolf Among Us to whisk the player to a quick and dirty resolution. Instead, the action slows down, as Sheriff Bigby Wolf spends the third episode of the series tracking down his suspect. The clock is ticking, and not just figuratively – there’s a clock icon between each scene which reminds you there’s a finite amount of time. The stress of a time limit is a bit of an illusion, but it works at rushing you through the 1.5 hours of playtime to a wham-bang climax that sticks in your craw. “The Crooked Mile” continues the excellent run Telltale Games has been delivering with The Wolf Among Us.

One of the great things about the world of the game is the conflict between who the Fables were in their stories and who they’ve become after they fled the idyllic Homeland to inhabit 1980s New York City. Bigby was the Big Bad Wolf, a terrible and fierce antagonist, but he’s making a go at being a stand up citizen, trying to keep his rage in check. But Bigby is certainly not a prince, duke, or any part of the fairy tale ruling class that still controls the government of Fabletown. The poor and downtrodden Fables are the ones with a more monstrous appearance – pigs, trolls or Grendels; if you look human, you generally have more power. Bigby, as Sheriff, has to deal with the lower classes at the behest of the upper class, but he’s really one of poor monsters. “I’m pretty sure I grew up not wearing clothes,” he says in Episode 3. Class warfare is a great theme, even in fairytale detective stories.

There are some hard decisions to make in this episode. You have three locations you think may contain a clue to where the suspect might be, and they all appear promising. There’s only time to go to one, or maybe two, locations so the decision of where to travel first is extremely tense. You don’t want to make the wrong call. Of course, the ticking clock is fake. Just playing through the game doesn’t seem to impact the outcome of the story – as a player I knew the game wouldn’t overly punish me – but the illusion was successful in allowing me to inhabit the role of a detective running out of time. I pushed some of those I was interrogating to answer more quickly, and didn’t dally as much as I might have if there wasn’t a rush.

Telltale is not afraid to break the fourth wall to get a laugh. The feedback you get from your decision in the game takes the form of a line of text displayed at the top of the screen – “They will remember this” or “She will remember this.” But in one scene in a bar, a character asks you question right before passing out. The feedback reads “They will not remember this.” No, no they won’t. That Telltale is comfortable enough in its storytelling prowess to take this risk in slyly subverting its own conventions shows the studio is comfortable with its status leading the modern adventure game genre.

The final scene of “The Crooked Mile” is a satisfying action sequence that introduces some new antagonists, the most notable being an extremely violent Bloody Mary. Folklore states Bloody Mary appears in a mirror if you recite her name, but in A Wolf Among Us she’s really just a nasty killer with a bad attitude. The true puppet master of the various characters who’ve been getting in Bigby’s way is hinted at for the first time as well, though you don’t have time to contemplate the information before the bullets start to fly. The whole sequence is a frenetic and violent cap on the otherwise careful pace of the episode, answering questions just as it dangles a more tantalizing mystery. Episode four can’t come soon enough.

Bottom Line: The third episode of The Wolf Among Us adds an illusory time limit, and it works damn well at ramping up the tension of Bigby’s investigation before a stellar climax.

Recommendation: Drop the five bucks on another excellent installment.

Why the Oculus Rift is a Big Deal