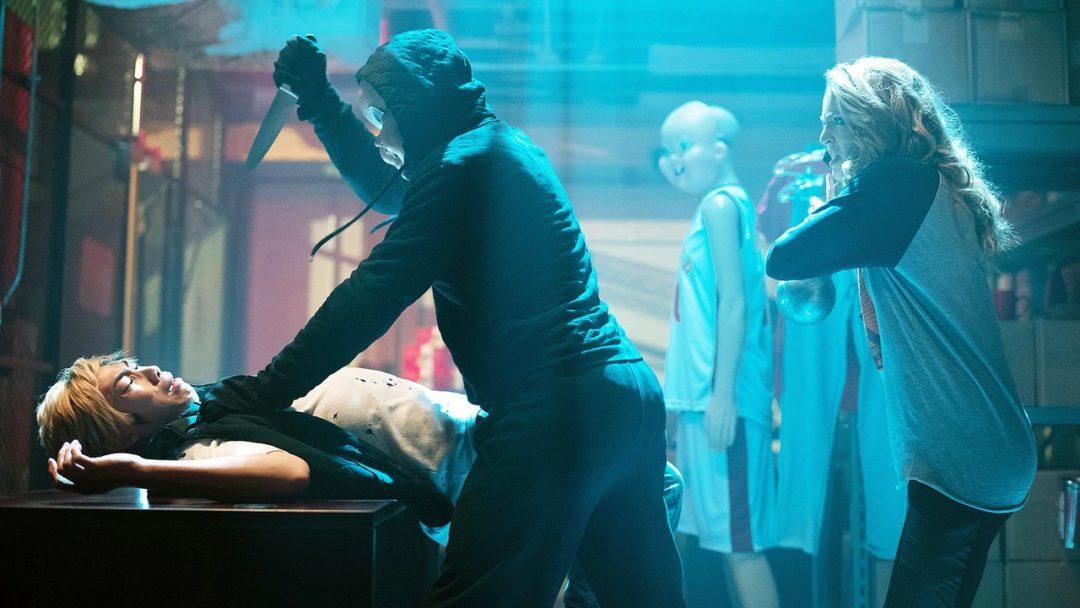 Despite the world-expanding conclusion to Happy Death Day 2U and recent rumors, director Christopher Landon has revealed that there are no plans to make a third film in the comedy/horror/sci-fi/time-travel/heist/whatever-they-want franchise.

Since I keep reading stuff about it, I’ll say it loud: THERE IS NO HAPPY DEATH DAY 3 IN DEVELOPMENT. It’s just a rumor…unless @netflix wants to pony-up and finish this trilogy, it just ain’t happening.

The original Happy Death Day was a massive hit for Blumhouse, whose business model is primarily based on making horror films so cheaply that they can’t fail even when they flop, and its sequel did the impossible and improved upon the original. The box office, however, did not improve.

The first film pulled in $125.5 million while the second, on a bigger budget, pulled in only $64.2 million. While still a moneymaker, that’s not the kind of returns a studio likes to see for a sequel and could be the reason we won’t be getting a third movie in the franchise, which Landon said he did have an idea for.

The second film took the original movie’s Groundhog Day-but-with-murder concept and flipped it on its head, playing hard into the comedic tones of the first while expanding the franchise into a plethora of genres outside of horror. It was a surprising twist for a movie that could have played it straight and delivered an ending set up perfectly for a third film.

Happy Death Day 2U featured a mid-credit sequence that showed Tree Gelbman (Jessica Rothe) and her cohorts recruited by the government to figure out just how and why the multiverse time travel machine revealed in the second film works. The teaser hinted at a third movie that could have busted the series into completely different realms. It sounded like a cool step in an even wackier direction, but now we may never know.

The Developer of Journey Has Just Released Sky: Children of the Light

The Walking Dead Lightning Round: Simple Answers to Legal Questions