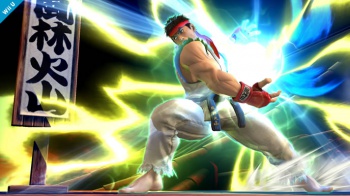 Super Smash Bros. director Masahiro Sakurai confirms that Ryu and Roy were not the last of the game’s DLC fighters.

If you’re enjoying the steady stream of Super Smash Bros. DLC fighters that was kicked off with Mewtwo this year, well, the good news is that the train isn’t quite at the station yet. In an interview with Japanese magazine Famitsu, game director Masahiro Sakurai confirmed that Roy and Ryu were not the last DLC fighters, and that we can expect more to be added.

For instance, remember that character ballot we saw back in April? Sakurai says that Ryu and Roy were already pretty far along in development at that time, which means that the “winners” of the ballot are still yet to come.

In fact, Sakurai said that DLC characters would continue to be added to the game until his team can no longer be kept together, stating that “there’s only going to be several more characters.”

“I also ask for your patience, as we need time to develop more content,” he said.

Pokemon Shuffle is Coming to Mobile

Mojang’s Scrolls is Shutting Down