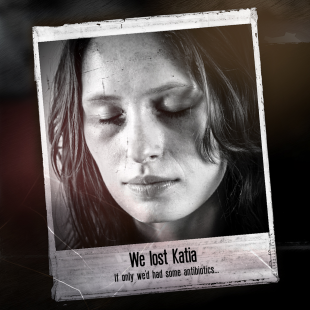 11 Bit Studios’ This War of Mine tells a story about war not often seen in video games.

Video games tell us war never changes. Conflicts are inherent in stories and video games, and war is a common subject. In a lot of video games, such as military shooters, stories of war place the player in the mindset of a soldier or a killing machine. Video games make war fast, brutal, and in a way – fun. This War Of Mine has a different goal.

Your primary goal in This War Of Mine is survival. As a civilian, you have no idea when the war will end. Politics aren’t important; at the end of the day, you need food, medicine, and shelter. As the player, you manage a group of characters, which are randomized each time, with set skills and characteristics. Some are better scavengers, some are more suited for physical confrontations, and some could be good at sneaking.

During the E3 demo, senior writer Pawel Miechowski noted that he was inspired by Lucas Pope’s game Papers, Please as well as stories from survivors of war. Miechowski wanted to make a game in which the player would have to make hard decisions in a morally gray area. “When war breaks out, there are no good guys,” he said.

With only so many resources available, stealing from someone else could lead them to their death. What do you do if you meet someone with food if your characters are dying of hunger? To a survivor, the hardest battle is to just endure and hold on until the war eventually ends. Survivors told 11 Bit Studios that the hardest decisions they had to make came from the need to sacrifice someone to save everyone else. Survival tastes bitter. How proud can you feel about enduring if you have to trample over others for your survival? These conflicts are what 11 Bit Studios hopes players will think about while playing This War of Mine.

Players may need to tend to a sick friend but have no medicine available. Bartering allows you to trade your items for things you could need, but not everyone is willing to trade with you. As to be expected in a time of war, many people are hostile, and they will put themselves first.