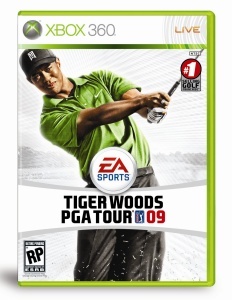 An all-new addition to the game, Haney will assist gamers as they advance through their career and attempt to win the FedEx Cup. A dynamic skill system will constantly adjust itself throughout the game, and after each round Haney will deliver feedback on the player’s performance, allowing gamers of all skill levels to compete and enjoy the game.

This year’s addition to the Tiger Woods franchise will be built around a brand-new online game engine with a more intuitive and customized EA Sports GamerNet experience. Online play has been refined and enhanced, allowing GamerNet players to issue and respond to challenges such as long drive, approach shots and putting, and a new daily leaderboard, customizable to fit individual playing styles, has also been added. One of the biggest changes to the game is Simultaneous Play, giving up to four players the opportunity to play each hole at the same time, making a round of golf even faster and more competitive than before.

“Tiger Woods PGA Tour 09 is the most authentic golf videogame on the market, and we’re excited to bring an immersive experience to the masses,” said Executive Producer Mike Taramykin. “Our partnership with Hank Haney provides fans immediate coaching from one of the top minds in golf. This year’s game brings unprecedented levels of customization and control, allowing seasoned vets and first-time players “inside the ropes” of Tour golf.”

Tiger Woods PGA Tour 09 is being developed by EA Tiburon for the Xbox 360, PlayStation 2 and PlayStation 3, Wii and PSP, and is scheduled for launch on August 26. For more information, check out the Tiger Woods 09 website.