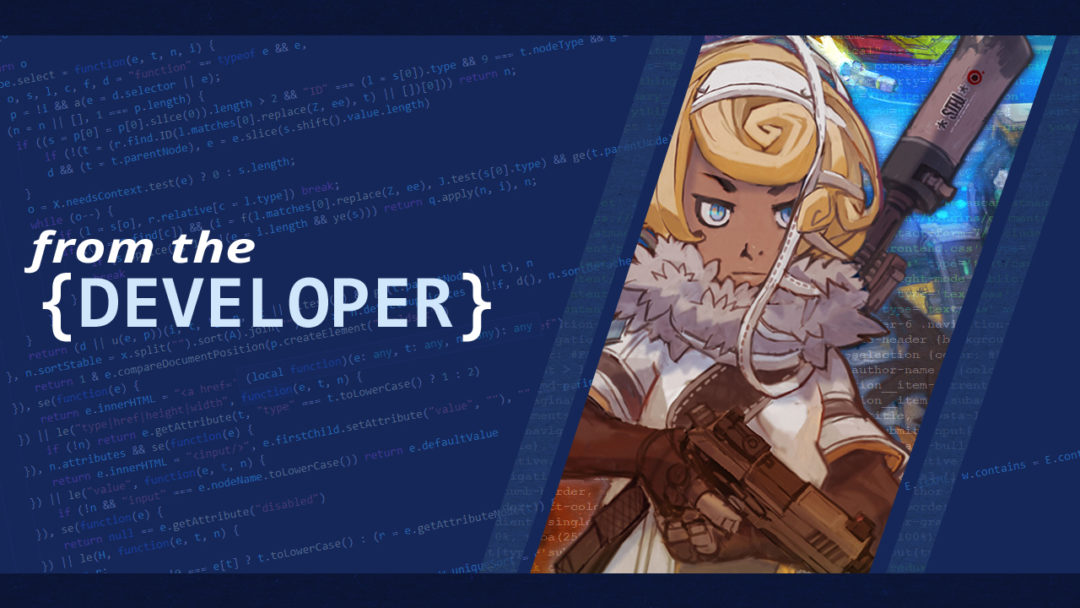 I’m a musician by training. I moved from Japan to Australia when I was young, and I studied music in university, eventually moving back to Japan and working on some pretty prestigious projects. You can hear my music in Diablo III, I Am Setsuna, and Soulcalibur V.

It was all hard work, but it paid well and built my network within the industry. My star was probably on the rise! I had connections to influential individuals in Japanese gaming. I thought I could create something special by combining my Western experiences (especially my time at Blizzard) and the classic designs of the Japanese games that the world fell in love with during the past decades.

There are times that all the hard work in the world doesn’t pay off, though. That was the case for Project Phoenix. I won’t bore you with the details, but it was, and still is, a snafu. Every decision I make on what ventures to pursue is colored by what will bring me closer to fulfilling the promises we made with Project Phoenix.

We had top notch talent for Project Phoenix before we had to delay it. One of the programmers had previously produced a combat system with real potential, but we were out of money. We had used a lot of our own funds on Project Phoenix. While I was working as sound director for I Am Setsuna, I made a really long shot pitch to some private investors. They believed in the project enough that we secured some funding, which we used to get a prototype running. This led us to Sony’s indie division, Unties, which agreed to provide some additional funds, and Tiny Metal was born in the hopes it would be profitable enough to put some further funds toward Project Phoenix. 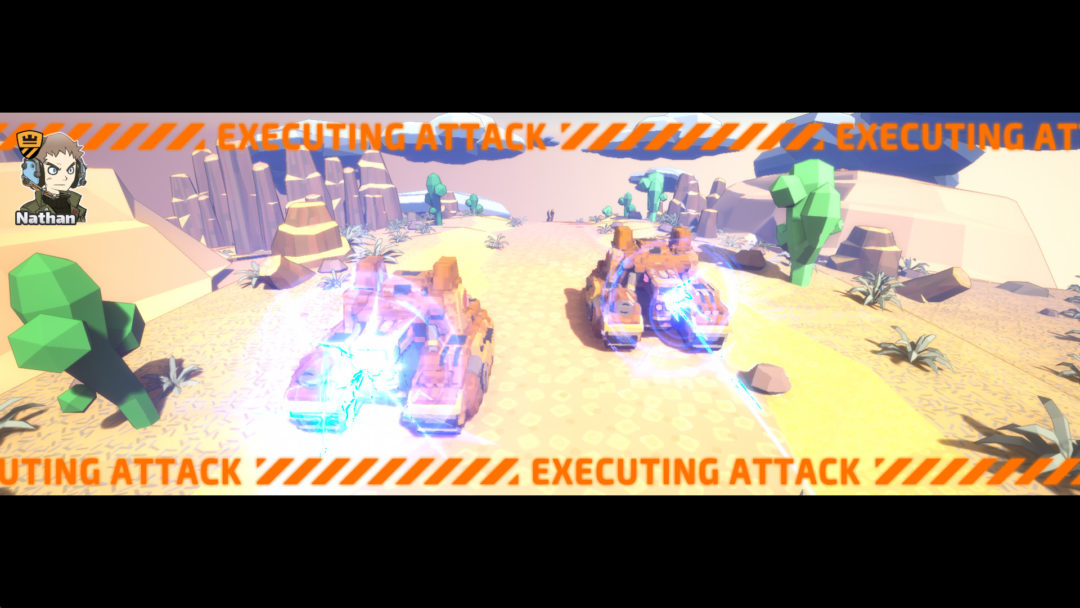 I’ll stop right now and acknowledge the obvious comparison between Tiny Metal and Advance Wars. Tiny Metal is a sort of love letter to what Intelligent Systems created. Our battle system was perfectly tailored for a strategy game, and we didn’t really have a choice but to use their work as a guiding star given how our story developed.

It might not be well known in the West, but at the time of Tiny Metal’s conception there was a big debate going on in Japan about our constitution. It came down to modifying the part that makes Japan an expressly pacifist nation. Tiny Metal was an expression of my feeling that Japanese people may not understand how hard other countries have it, and to try and present the hardships of war through a family-friendly medium.

Current events also spawned one of our most important characters: Wolfram. She is inspired by the stories of Syrian refugees having to flee their war-torn country. We gave her story a little bit of a twist, though we have not yet explored it in game. Rather than fleeing to another land, her people created a roaming fleet that accepts refugees from any conflict. Freedom and independence are central to their beliefs. We intended Wolfram’s character to be a message to the people of Japan and to provide recognition and encouragement to everyone that has been displaced by conflict. It is my hope she can inspire others and maybe even make people think about the challenges others face in the world today.

With the story and game systems figured out for Tiny Metal, we set about doing the work to get it out the door. I am really fond of what we created at Area 35 in those days. It was a unique atmosphere that you probably won’t find many other places in Japan. Eight-hour days were the hard standard in our office, something that I picked up from my time working at Blizzard in the U.S. By our launch day in December 2017, we had a game the team was very proud of. It was a fantastic first effort for an indie studio, and our work led to funding for a follow-up six months later. 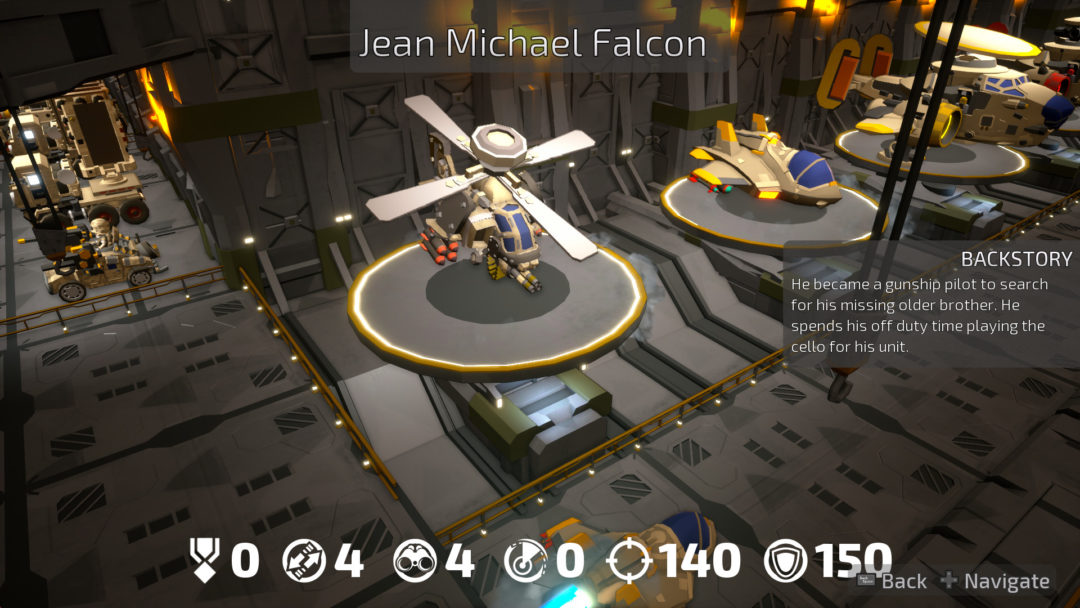 At this point, I was finding it increasingly hard to separate my creative work from the business side of my job. Financials and PR are not my favorite things to worry about. My industry connections had led to some other opportunities that resulted in a couple other business ventures taking off. I wasn’t quite sure how I was going to manage creating a sequel to Tiny Metal and handle all the day-to-day that I had been responsible for up until then. While I was happy that Tiny Metal had been successful enough to warrant a sequel, we hadn’t made enough to fund Project Phoenix.

Our fantastic publisher agreed to shoulder some of the PR and business burdens for me. I was able to continue working without worrying that my passion would eventually be swallowed by those constant worries. We were also very fortunate in that we chose the correct development tools. Our experience with Unreal Engine is fairly unique in Japan and has led to new business opportunities.

We were never 100 percent financially safe, but a little danger just helps to keep you working hard! Or at least that’s what I like to tell myself. In a way, Tiny Metal: Full Metal Rumble has been both more and less challenging than developing the original. While the initial uncertainty of success is gone, I’ve found myself battling with other priorities I didn’t have the first time around so I can put my all into the game’s development. I hope the sequel delights people that played the first while bringing in new fans. While it is a continuation of the story from Tiny Metal, we made a decision to try and make this a point that people can jump into. 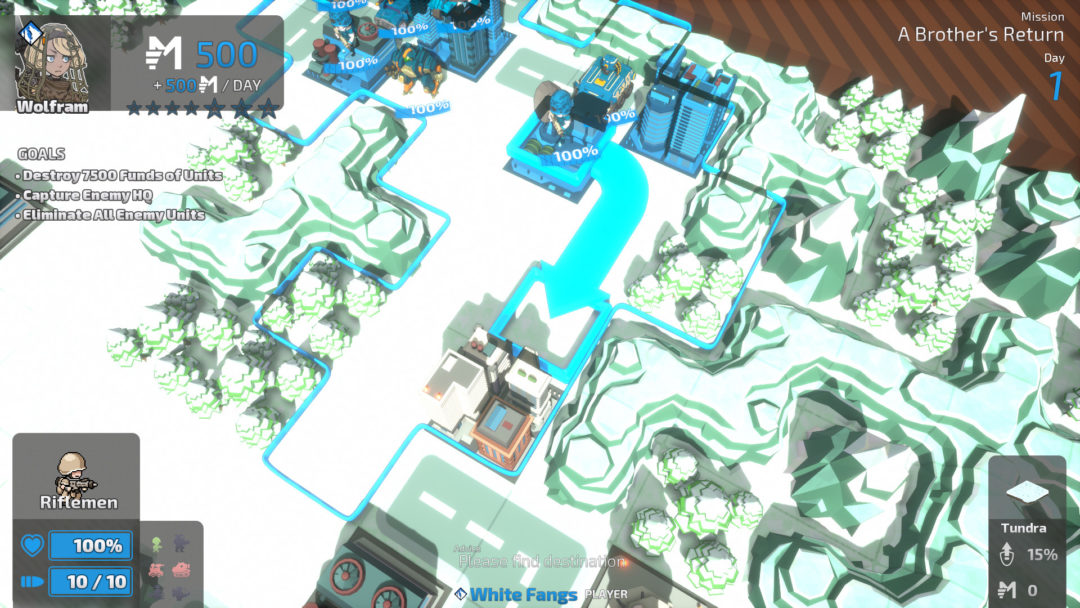 Part of the work for the sequel was gathering as much feedback as we could from fans, and we made changes that make the game more fun for newcomers and deepen the systems for challenge-seekers. For instance, we added fuel and ammo as mechanics that players will need to manage, and we have new troop transports and Mecha units to liven up the combat even more. We also have a new option for full English voices and a new localization team that helped us clean up the translation to flow very naturally.

One final thing I really want to point out is that female characters played a large part in Tiny Metal, and they are even more front-and-center in Full Metal Rumble. Men have always had a dominant role in war, but with the changing roles of sexes in the real world today, we decided to add more independent female characters. It has created some interesting moments in the story as they bounce off one another, and I hope the players enjoy it.

I think it wouldn’t be appropriate for me to end this piece without mentioning the amazing effort my team has put into both of these games. They stuck with me as we played this whole thing by ear, carefully picking our way through times that could be tough, sometimes even horrid, but we got through it with each other’s strength, picking ourselves back up when we ran into any kind of failure. We’ve had several close calls with disaster, and we still see them from time to time, but working with such a brilliant team makes it more than manageable. I hope anyone who is considering getting into game development will see my story and know the best thing you can do is believe in the people you work with. You’ll all pull through in the end.

Hiroaki Yura
Hiroaki Yura is the producer of Tiny Metal: Full Metal Rumble at Area 35. The video game industry veteran has contributed to AAA titles such as Diablo III, Soulcalibur V, and I am Setsuna. His previous game, Tiny Metal, is known for its distinct Japanese flavor, intriguing war game narrative, and as a modern, spiritual successor to Advance Wars. As an independent developer with a background in both Eastern and Western studios, Hiroaki has a passion for creating nostalgic experiences rooted in classic Japanese game design elements with rich and engrossing tales. In addition to his gaming background, he also has credits in popular anime series like The Disappearance of Haruhi Suzumiya and Steins;Gate: The Movie.

Mandalorians Have Always Lived at the Gritty Edge of Star Wars