The custom Titanfall controller will set you back $64.99, and will be available in limited quantities worldwide.

Xbox’s Larry “Major Nelson” Hyrb has pulled back the curtain on an exclusive limited edition Titanfall Xbox One wireless controller, making its way into stores on March 11th in the US, and March 13th in Europe, just in time for the game’s launch. The controller will set you back $64.99, and you can pre-order it right now from the official Microsoft store. Or at least, you could pre-order it, that is, before its supply ran completely dry after only a few hours. Hopefully, it will also be available at retail (or at least get a re-stock in the online store).

“This unique controller was a collaborative effort with the Xbox design team and the Respawn art department,” writes Hyrb. “According to Joel Emslie, Lead Artist at Respawn Entertainment, the goal was ‘to create a controller that feels as if it is a piece of military spec hardware transported from the universe of Titanfall and into players hands.'”

Check out the controller in its full glory below (click to enlarge): 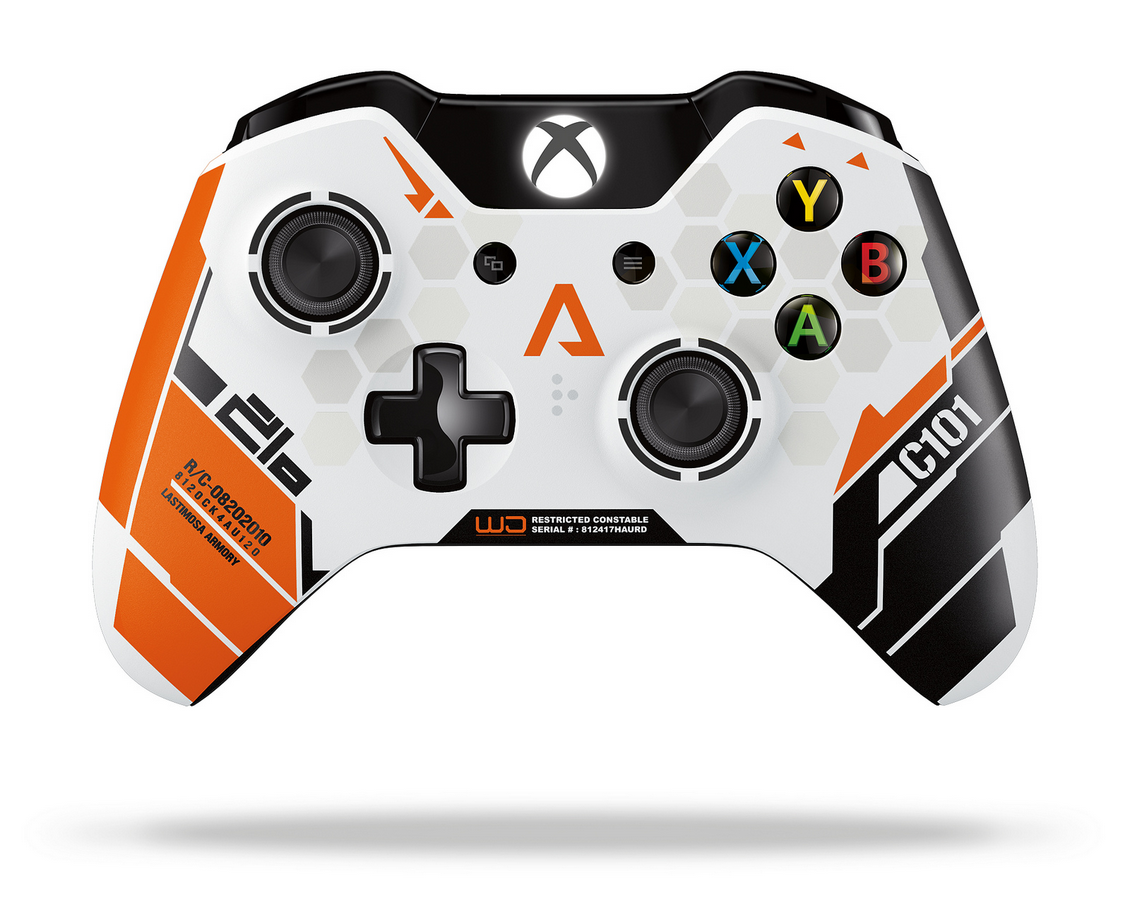 Hyrb also announced that for those of you not quick enough to snag one, he is also having a little competition where you can win one of the controllers. To enter, simply leave a reply on his official blog, stating what you are most looking forward to about Titanfall, by January 23rd. Winners will get their prizes a couple days before the game launches, and the contest is open to all regions where Xbox One is available.

A slick controller for what is shaping up to be an incredibly slick game. The hype for Titanfall is starting to reach critical mass, and it’s definitely a title to keep a close eye on in the coming year.