Far Cry 3 was a timely release for me. Perhaps a fitting one for the end of the year, a year of modern warfare shooters sliding further and further into linear lowest common denominator garbage, because Far Cry 3 was almost a complete antithesis to everything I find annoying about spunkgargleweewee.

As a sandbox it’s the very opposite of linear, but I’ve played a lot of sandbox games where the actual missions are laid out as a very strictly linear series of checkpoints (particularly annoying in, most recently, Assassin’s Creed 3), which to my mind is missing the point of an organic sandbox. Far Cry 3 does have its fair share of those kinds of missions but also has quite a few others (especially the enemy outposts) that let you scout ahead, plan your approach and use whatever tactics you want. With my personal favorite being releasing angry tigers.

It also did some interesting things with characters, particularly the main character who had a very clear arc and progression as the story went on. He wasn’t just some career soldier who stone-facedly does what he gotta do all the time and he didn’t have the backing of all the American military and their technology. It’s just nice to see a hero who has to fundamentally change themselves to succeed, rather than the protagonist just being this smug immovable object smacking the status quo back into line.

And the story is presented well, too, it’s got great moments, twists and turns, and it keeps the pace up. The opening I particular liked. If it’d been the start of a film, you’d have thought it was a fake-out. You have two brothers escaping from a prison camp, the handsome square-jawed military elder who takes the lead and the wimpy whiney younger shaping up to be the kind of character the plot would kill off for the sake of motivating his heroic sibling. And then pow, the elder one’s shot dead. And the younger runs off into the jungle crying and holding his arse. In the game, though, there’s a pretty strong hint that Jason is the protagonist in that we’re already looking through his eyes. In Modern Warfare that would be no guarantee of survival, but thankfully Far Cry 3 is not Modern Warfare.

Another thing that makes it timely, especially for me, is that there’s a wingsuit in it. And just a couple of weeks ago, in the column following up my Black Ops 2 review, I specifically picked out the wingsuit as one of many gadgets in that game that are wheeled out to be shown off for thirty seconds and never seen again. I made the point that this was the game design equivalent of wasting perfectly good food, and a better game would work the gadget into its mechanics, stagger it out, and give you the opportunity to appreciate it on your own terms. 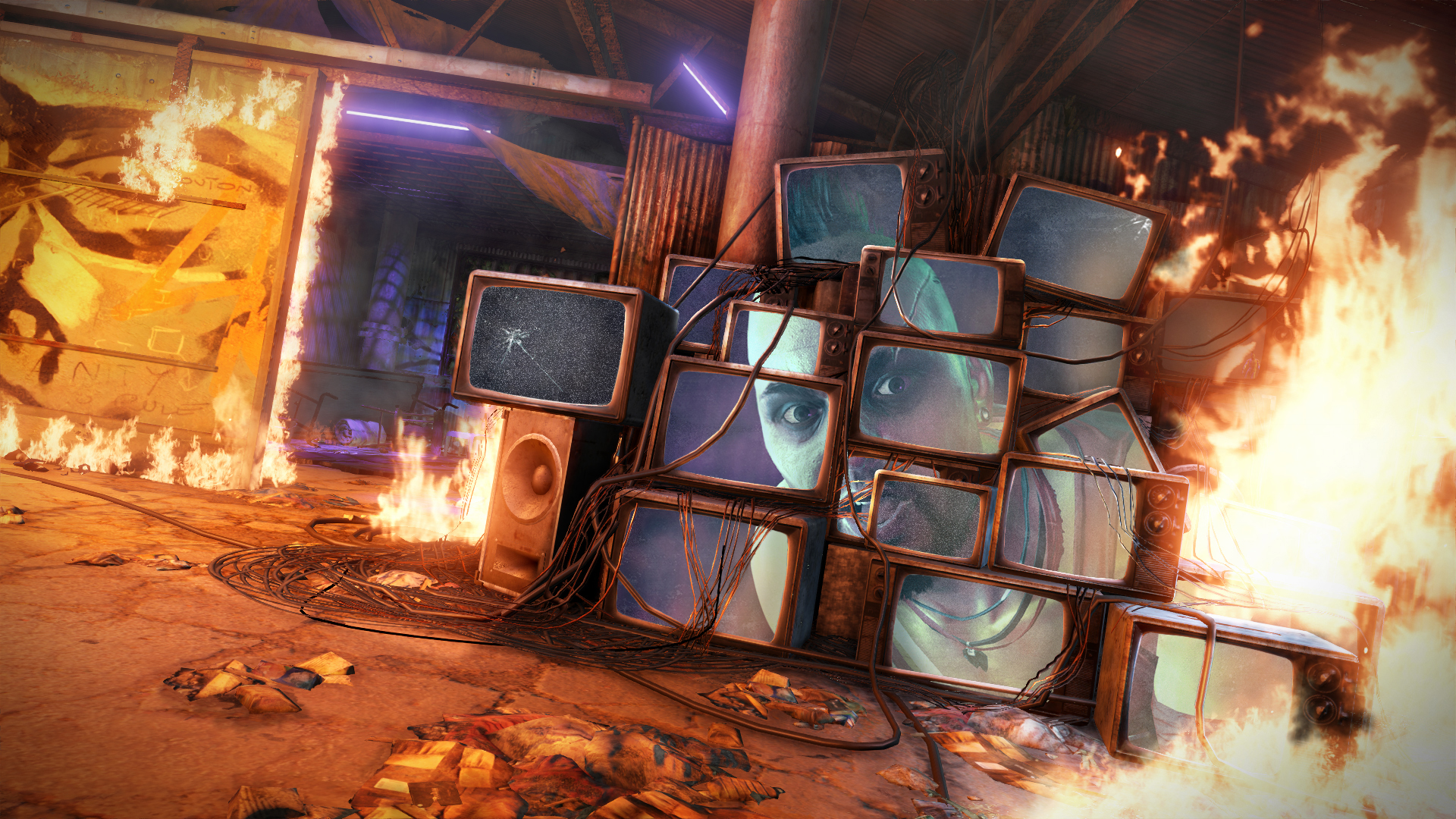 Lo and behold, Far Cry 3 does that very thing with its wingsuit. You only get it about two-thirds of the way through the story, when you get to the second island, so you’re given plenty of time to get used to life without one. After having to make do with hang gliders only found in fixed locations you can suddenly fling yourself off whatever cliffs you like and zoom around like Superman in a decaying orbit. You could experiment with it. I took pleasure in seeing what happened if I wingsuited all the way to the ground without actually opening the parachute. Funnily enough I seemed to get a different result every time: Sometimes I’d die, sometimes I’d land safely, and one time I clipped through the ground and disappeared into the infinite.

Sadly all the flying methods were just for gliding, requiring that you jump from a high place, with no flying vehicles that could actually ascend, missing a golden opportunity to introduce a jetpack for the post-ending fuckabouts mode. But you see my point. Black Ops 2 would never let you jump off any building and wingsuit right into Menendez’s face. But I found myself wondering, if Far Cry 3 is the diametric opposite to shitty linear military shooters, would I have liked it as much if I hadn’t had to put up with a lot of shitty linear military shooters lately?

Because lately I’ve been thinking back to some FPSes I’ve lambasted in the past for being generic or witless or a bit too fond of chest high walls. And quite a few of them in retrospect are starting to look better, now that I’ve seen how bad things can get: Linear parades of unconnected violence cut by the guy who edited the fight scenes in Batman Begins with zero engagement. I’d like to bring up one or two of those shooters and pass partial reprieves back through the mists of time.

Bulletstorm, first of all. A game whose heritage caused me to deal with it harshly, because I was hoping it would be like Painkiller, and few bottles are capable of recapturing that particular lightning (least of all the many rather godawful Painkiller spin-offs and glorified level packs). But while it is perhaps more linear than necessary and as with the modern military shooters relies heavily on grossly overblown spectacle rather than trying to engage the player, Bulletstorm manages to do the gross spectacle thing while also having consistency, focus, pacing, coherent progression, and the ability to nail people to walls.

See, it’s not the laissez-faire attitude to life-destroying violence that makes modern military shooters objectionable to me. I’m all about the violence. It just when the game doesn’t have any respect for the violence, or any awareness of levity that might come from excessive violence. If Bulletstorm is a poke in the eye, something like Battlefield 3 is like being poked several times at random points in the face and neck. It still hurts and doesn’t have as good comic timing.

And secondly, Wolfenstein. A game I described as so dull and generic that I could see no other way to make the review interesting than to do it entirely in limericks, but with magic powers, absurd weaponry and free roaming elements it now seems quite fresh. And not just because of its obsession with that one shade of minty blue which was at least a change from grey and brown. Mostly I look back on it more fondly because, while I slightly miss World War 2 as a realistic shooter setting, I miss fantasy World War 2 even more. You know, where the Nazis are all glowy-eyed sorcerers raising zombies and stuff. Once you can take a real world conflict and depict the instigators as riding around on dragons waving skull wands, that’s when you know that everyone’s gotten over it. Fifty years from now there’ll be games about Osama bin Laden joining forces with the Midgard Serpent and that will be the sign that we’ve finally fucking moved on.