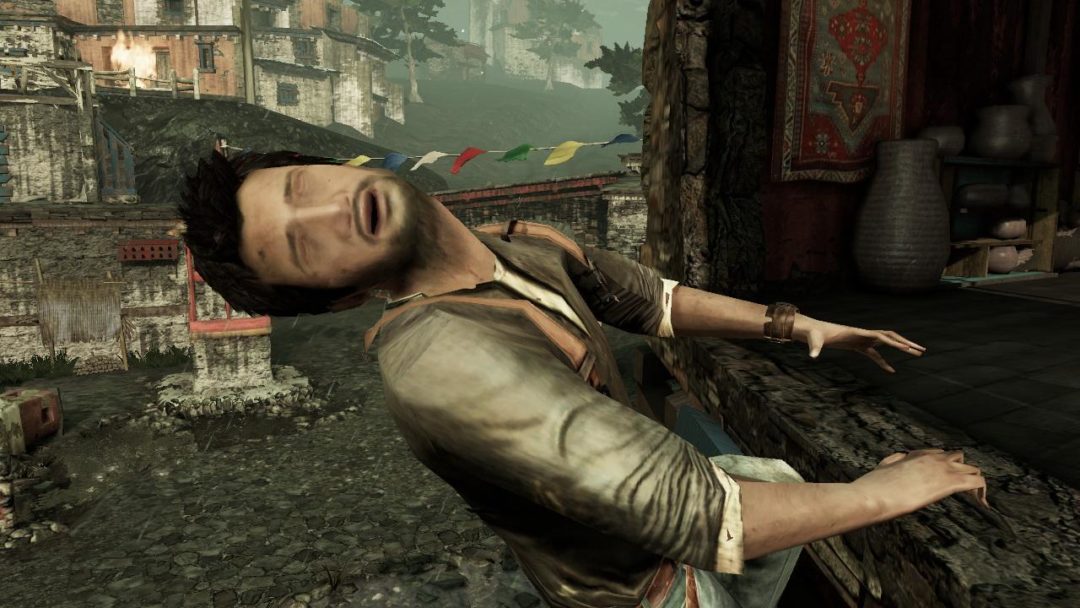 In an early contender for the title of “fakest sounding real E3 news,” Sony revealed today that its long-in-gestation Uncharted film adaptation will finally be released on Dec. 18, 2020, and will star the latest Spider-Man, Tom Holland.

A film based on Naughty Dog’s Uncharted series has been in production for over a decade now, though several key positions have changed and entire scripts were tossed out. The earliest version of the project was announced by producer and Marvel Studios founder Avi Arad way back in 2008, when there was only one entry in the Uncharted series. At the time, Nathan Fillion campaigned for the lead role of sarcastic adventurer/mass killer Nathan Drake.

In 2010, David O. Russell — who had not yet become a multi-Oscar nominee but was still an indie sensation for films like Three Kings and I Heart Huckabees — was announced as the film’s writer and director. Russell dismissed the possibility of casting Fillion, instead tapping his frequent collaborator Mark Wahlberg for the lead. In an interview with MTV, Wahlberg claimed the cast would include fellow Russell collaborator Robert De Niro, as well as Joe Pesci playing as Drake’s father and uncle, respectively.

Russell’s involvement in the project wouldn’t last. Nobody’s would, really. Russell bowed out less than a year later and was replaced with The Illusionist director Neil Burger. A year later Burger was also gone, replaced with Seth Gordon, the director of the Donkey Kong high score documentary The King of Kong: A Fistful of Quarters. A year later Gordon was out too, replaced by Shawn Levy, director of the Night at the Museum series. Levy lasted a whopping two years, exiting the project in December 2018.

Despite not sticking around to actually direct the thing, Levy gave the project what will probably end up being its rough shape and identity. Levy worked with Joe Carnahan, the director and screenwriter for the Liam Neeson wolf-em-up The Grey, on a version of the script that stars a younger Nathan Drake and functions as a prequel to the game series rather than a direct adaptation. Levy also oversaw the casting of Tom Holland, who at the time had only appeared as Spider-Man in a cameo in Captain America: Civil War and not yet carried his own film as the character. In January, Dan Trachtenberg of 10 Cloverfield Lane became the latest director attached to the project. It’s only been six months, but he is miraculously still involved.

It’s a far cry from the David O. Russel-directed or Nathan Fillion-starring adaptation that might have been, but the current Uncharted film has a lot of potential. Holland is a bona fide sensation. He’s equally comfortable with effects-driven action and motor-mouthed zingers even if his energy as Peter Parker is more caffeinated, anxious pencilneck than Nathan Drake’s more Harrison Ford-inspired wry and dry style. Trachtenberg is also no slouch. 10 Cloverfield Lane was a delightful little potboiler and his homebrewed, unofficial Portal movie, Portal: No Escape, demonstrated that he’s got real game adaptation muscles to flex. Color me cautiously optimistic.

Destroy All Humans! is an Unlikely yet Welcome Remake