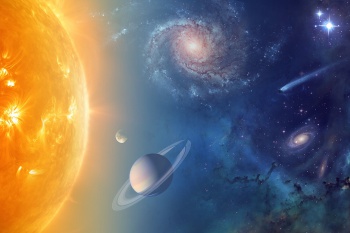 Chief NASA scientists believe discovering alien life isn’t a question of “if” but “when.”

We’ve all felt the sting of scientific predictions that never quite panned out, like how we’d have flying cars within 50 years or meet alien races in 20. Usually the issue is we’re overly optimistic, but sometimes it works out the other away around. For example, top NASA scientists are re-evaluating those alien life predictions – and there’s a pretty solid chance we’ll find indications within 10 years.

“I believe we are going to have strong indications of life beyond Earth in the next decade and definitive evidence in the next 10 to 20 years,” chief scientist for NASA Ellen Stofan told a Washington panel on Tuesday. “We know where to look, we know how to look, and in most cases we have the technology.”

Why so soon, when SETI put a strong emphasis on the extra decade just last year? Because more and more studies are finding, water has a bigger presence in the universe than we first suspected. Liquid water was once believe to thrive in key “habitable zones” a certain distance from the sun, but now our criteria for finding water – and life – has expanded immensely. “We now recognize that habitable zones are not just around stars, they can be around giant planets too,” Jim Green, director of planetary science explained. “We are finding out the solar system is really a soggy place.”

“We are not just studying water and habitability in our solar system, but also looking for it in planets around other stars,” director of astrophysics Paul Hertz added. “Once we get beyond Mars, which formed from the same stuff as Earth, the likelihood that life is similar to what we find on this planet is very low.”

Now to be fair, alien life isn’t the same thing as intelligent alien life. “We are not talking about little green men,” Stofan continued. “We are talking about little microbes.” It’s more probable to find fossils of microbial life than Star Trek-like civilizations. Regardless, the idea that we could definitively prove alien life exists is very promising, even within our solar system.

“It’s definitely not an if,” interim director of heliophysics Jeffery Newmark said, “it’s a when.”

Legend of Zelda meets Game of Thrones in this Glorious Mashup

Xbox One Now Supports Over The Air Broadcast Television