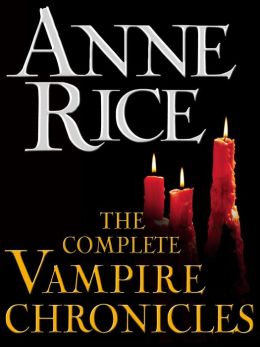 Anne Rice’s Vampire Chronicles books have sold millions of copies worldwide for decades and inspired a passionate fan following, but they’ve only been translated successfully to the screen once as Interview With the Vampire.

Now, Universal Pictures and Brian Grazer are looking to Roberto Orci and Alex Kurtzman, the writing/producing duo behind Michael Bay’s Transformers movies, JJ Abrams Star Trek reboot and Sony’s Amazing Spider-Man series, to bring Lestat and the gang back from the (un)dead; striking a big deal for the film rights to all past and future novels in the long-running series that follows a succession of vampire characters and their associates through centuries of romance, intrigue and betrayal. Orci and Kurtzman will produce the series, with writers, directors and projects to be announced later.

The deal does not appear to include the rights to Rice’s other work, which includes fairytale-themed erotica and a yet-uncompleted trilogy about the life of Christ. While Interview was the only Rice adaptation to make a noteworthy box-office impact, a failed psuedo-sequel Queen of The Damned was also produced, along with the BDSM/buddy-cop comedy Exit to Eden. A feature adaptation of Christ The Lord: Out of Egypt is also said to be in production.