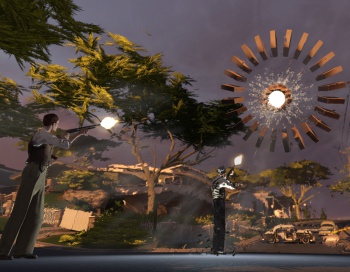 Not that long ago the only news about 2K Marin’s troubled XCOM shooter was that it still existed. The reimagining of the XCOM franchise, originally scheduled for a 2011 release, slipped both that date and its 2012 debut, and its revised launch date was sometime in 2014. Except Sectoids appear to have made off with its assets, since the game’s site is down, and all video evidence of it over on 2K’s YouTube channel appears to have been scrubbed. It is still listed on 2K Marin’s main site, though – if you click on the ‘official site’ banner – it redirects to its much more popular sibling, XCOM: Enemy Unknown.

When the XCOM reboot was originally announced, fans were upset that the tactical gameplay they’d come to love had been replaced by yet another shooter style game. The turn-based tactical remake that resulted from this outcry, XCOM: Enemy Unknown did very well indeed, and it seems unlikely – no matter how good the shooter may have been – that it would match Enemy Unknown‘s rapturous reception. If this sudden absence from the internet indicates that the game’s been cancelled, it doesn’t take much deductive reasoning to work out why that might have happened.

Or, of course, it could be a rebranding. The Bureau has been floated as a potential substitute name. If so, this seems a clunky way of handling a rebranding; you’d think a press release, and a redirect to the new site, would be the way to go. Yet none of the four Bureau domains registered by 2K go anywhere interesting, and there’s been no word yet from the developer as to what might have happened to its XCOM shooter.