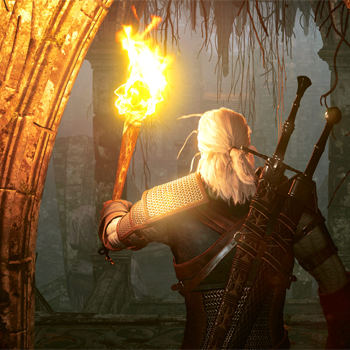 Pair of add-ons promise more than thirty hours of content.

With The Witcher 3: Wild Hunts due to release next month, CD Project Red has announced plans for two paid DLC expansions to the epic fantasy role-playing game, “Hearts of Stone” and “Blood and Wine“. The content, which will be available for PC, PlayStation 4 and Xbox One (all the platforms Witcher 3 is releasing on), can be purchased with an Expansion Pass priced at $24.99.

Hearts of Stone sends Geralt into No Man’s Land and the new city of Oxenfort to fulfill a contract with the Man of Glass. Scheduled to release in October, the content is expected to take at least ten hours of play to complete, and that’s the smaller of the two expansions.

Blood and Wine will feature an entirely new region, Toussaint, teased as a peaceful land harboring a dark secret. CD Projekt Red claims this expansion will take at least twenty hours to fully explore and plans to release it in the first quarter 2016.

The Expansion Pass for The Witcher 3 can be pre-ordered now on GOG.com and Steam (and should be available soon on Origin, PlayStation Store, and Xbox Marketplace). But CD Projekt Red co-founder Marcin Iwiński urges patience in the official announcement, stating, “don’t buy it if you have any doubts. Wait for reviews or play The Witcher and see if you like it first.”

Rand Paul Is Running For President On An Anti-NSA Platform