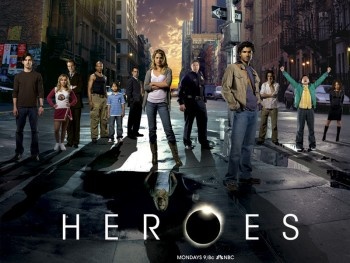 As ratings fall and fans tune out, Ubisoft has decided that it doesn’t really want to publish a videogame version of the NBC television series Heroes after all.

The deal to publish a third-person action game based on the formerly-hit TV series was announced in July 2007, with a potential release date set for as early as late 2008. “From Day 1 we’ve all been thinking about the game,” Jesse Alexander, co-executive producer on the show, said at the time. “All along we’ve been writing some of our stories in ways they can tie into the eventual video game.”

But since then, ratings have tanked, and according to MTV Multiplayer, many fans have been put off by the show’s “increasingly convoluted” story. Meanwhile, Variety reported a few days ago that Alexander, along with fellow co-executive producer Jeph Loeb, were both fired by NBC, the result of ongoing “hefty budget overruns” and dissatisfaction with the show’s creative direction among studio executives.

Not much surprise, then, that Ubisoft has lost its taste for developing a game based on the failing franchise. “The rights to the Heroes videogame have reverted back to NBC Universal,” Ubisoft Public Relations Director Jaime Cottini said in a statement. “Ubisoft will no longer produce a videogame based on the TV series.” Whether NBC will continue to pursue a game based on the show is unknown, but doesn’t seem particularly likely at this point.