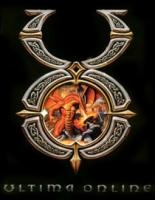 Released on September 25, 1997, Ultima Online is recognized by the Guinness Book of World Records as the longest continuously-running MMOG in history. Despite problems early in its release, the game is also one of the earliest MMOG success stories, and is widely regarded as opening the door for the large number of popular MMOGs available today. “Ultima Online has thrived for ten years and achieved the status of an MMO classic, thanks in large part to the devoted player community,” said EA Mythic Vice President Mark Jacobs. “We are very excited to celebrate this special anniversary with players.”

As part of the celebration, EA is holding a “Return to Britannia” event, which offers former Ultima Online players the chance to try the game again, in its updated format, free until October 9. The aging Ultima Online client was replaced by the recent Ultima Online: Kingdom Reborn update, featuring a new engine, greatly improved graphics, a streamlined interface and other improvements. Released on June 27, Kingdom Reborn is not considered an expansion pack and is available as a free download.

Other events marking the anniversary include a special monster hunt with prizes including an ankh pendant, a map of Britannia, Ultima Online commemorative sculptures, the complete Virtue Armor set and more. All players logging in during the celebrations will also be given 10 Décor tokens and a Wand of Fireworks. For more information, visit http://www.uoherald.com/tenth.