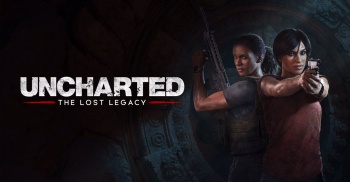 Naughty Dog director of communications Arne Mayer has hinted that The Lost Legacy will be over ten hours long.

Back when Naughty Dog announced Uncharted: The Lost Legacy, it claimed it would be the “biggest expansion yet” for the franchise, and now, thanks to a hint dropped by Naughty Dog director of communications Arne Mayer, we have a bit of a ballpark of exactly how big it will be. In an interview with IBtimes, Mayer suggested that the game will be over ten hours long.

Years ago, when we were asked if we were ever doing a single player expansion for Uncharted we always said, ‘Well, we don’t have the self-discipline to do that’. If we tried to do that we’d create a full game,” Mayer said.

“There’s no way we could, sort of, constrict and restrain ourselves, and that’s exactly what was happening here. When we were doing story pitches, we were coming up with a game that would be over ten hours long and so we suddenly realized everything we said was true and we couldn’t keep it short.”

Naughty Dog had previously stated that the DLC would be much longer than The Last of Us‘ Left Behind expansion, which clocked in at around three hours.

The Lost Legacy stars Chloe Frazer and Nadine Ross, who appeared in previous games in the franchise. It is set in India and sees Chloe hire mercenary Nadine “in order to recover a fabled ancient Indian artifact and keep it out of the hands of a ruthless war profiteer.”

Uncharted: The Lost Legacy is expected to be released later in 2017, exclusively for PlayStation 4.

Aftermath – Arnold Schwarzenegger Can’t Do This