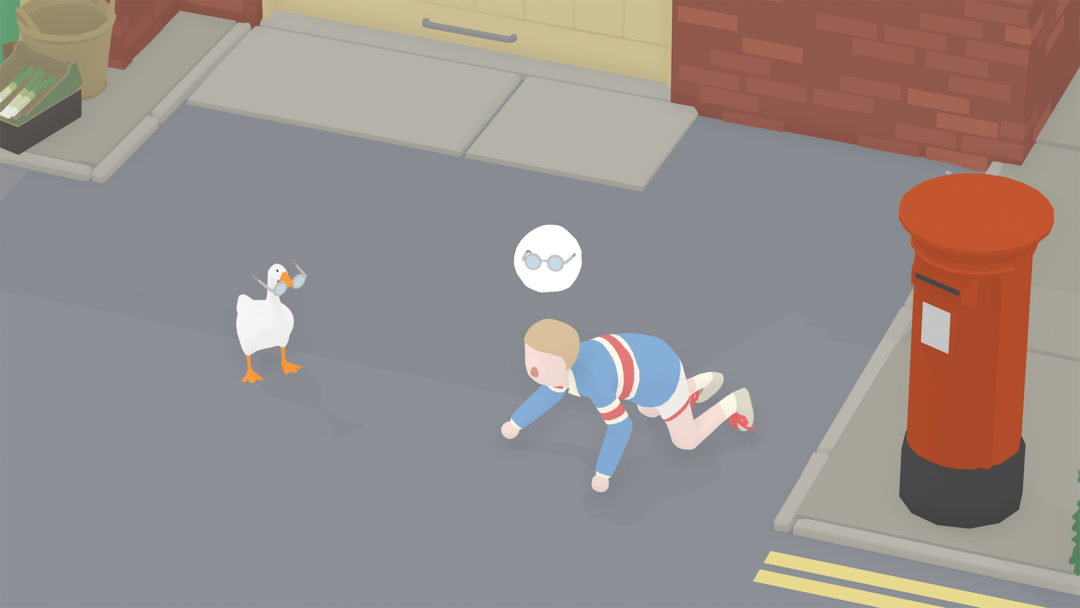 Untitled Goose Game is a stealth title in which the goal is to get away with being as much of a pain in the ass as possible to the residents of a sleepy rural village. In the latest trailer, the untitular waterfowl terrorizes a cowering child, steals a laborer’s radio, sabotages a picnic, and distracts the same laborer from earlier while he’s swinging a hammer, causing him to injure himself, faint, and possibly die.

Players will be able to honk, flap their wings, pick up and interact with simple objects, and generally do goose stuff. Think of it sort of like Hot Fuzz told from the perspective of Stephen Merchant’s runaway swan.

Untitled Goose Game is coming to #NintendoSwitch on Sept. 20!

The game is being developed by Australian studio House House. It was first revealed in October 2017, and was the toast of the Game Developers Conference in 2018.

Untitled Goose Game will release on the Switch and Epic Games Store. September 20 is also the release date for the Fisher Price-esque remake of The Legend of Zelda: Link’s Awakening, so it’s going to be a red letter day for the Switch. Link’s Awakening prominently features an owl, and contains several chicken-like cuccos, but no geese.