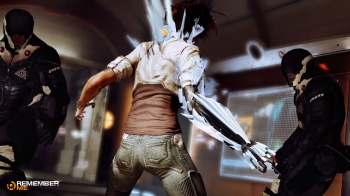 Multiple French media outlets are reporting that Dontnod Entertainment has filed for “redressement judiciaire,” which is the French equivalent of bankruptcy.

Update: Dontnod CEO Oskar Guilbert claims that the company is not bankrupt, but going through a French court procedure called “judicial reorganization.”

“We started new projects and those new projects need some investment and we decided to resize the company in order to match these new needs,” he told GamesIndustry That’s why we needed judicial reorganization.”

A judicial administrator will be appointed to keep an eye on company company operations, making sure that Dontnod is judicious in its expenditures.

Original story: Dontnod Entertainment, who developed Remember Me for Capcom last year, is apparently closing its doors. Multiple French media outlets are reporting that the studio has filed for “redressement judiciaire,” which is the French equivalent of bankruptcy. This is corroborated by legal and financial domain Societe, who also mentions that Dontnod has filed for bankruptcy and that legal representatives have already been assigned to the case.

Dontnod Entertainment was founded by former Criterion boss Oskar Guilbert, with Remember Me as the studio’s sole title that saw a retail release.

Remember Me casts players in the role of Nilin, a memory hunter working for an underground resistance called the “Errorists,” who’s been stripped of her recollections by the corporation “Memorize.” During the course of the title, Nilin goes up against Memorize and battles to recover her lost memories.

If you want to know more about the action game, read The Escapist’s review where it’s said that it “doesn’t do anything outright terrible, but neither does it come together as something truly great either.” For PS3 players who are members of PlayStation Plus, you can try the game for free this month as part of February’s Instant Game Collection.