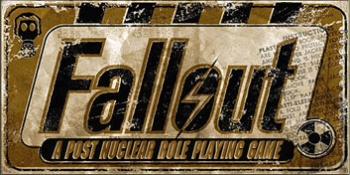 Bethesda has just announced that we’ll be getting a new Fallout from the folks who know it best – the original developers.

Due out next year for Xbox 360, PS3 and PC, Fallout New Vegas, a new, standalone adventure set in the Fallout universe, is currently under development by Obsidian, the company responsible for Neverwinter Nights 2 and Star Wars: Knights of the Old Republic 2 and made up of former members of Black Isle Studios – the developers of Fallout and Fallout 2. Bethesda will publish the game.

Bethesda’s Pete Hines says the Fallout 3 developers reached out to Obsidian and CEO Feargus Urquhart about creating a new game set in the Fallout universe. Obsidian’s response was: “Hell yeah.”

Though Fallout 3 was released to critical acclaim, many long-time Fallout fans felt it strayed too far from the franchise’s roots. Many also felt betrayed over the controversial decision by Black Isle’s parent, Interplay, to scrap a nearly-finished version of a game in 2003 that would have been Fallout 3.

The so-called “Van Buren” Fallout has never seen the light of day, but would have been a more direct continuation of the original series and a direct sequel to Black Isle’s Fallout 2. A tech demo of the canceled project was recently leaked to the internet.

Bethesda would not comment on any specific details, including whether or not Obsidian will be developing New Vegas using the Fallout 3 engine or something more closely approaching Van Buren. When asked, Hines suggested assembled journalists should “Make an educated guess.”

More details as we get them, but feel free to speculate here. What would you want from a “real” Fallout game?

EVE Online: In the Future, There is Only War