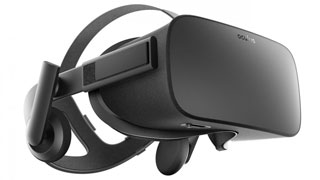 UPDATE: An Oculus spokesperson reached out to The Escapist and offered the following official statement on the case going to trial:

“We’re eager to present our case in court. Oculus and its founders have invested a wealth of time and money in VR because we believe it can fundamentally transform the way people interact and communicate. We’re disappointed that another company is using wasteful litigation to attempt to take credit for technology that it did not have the vision, expertise, or patience to build.”

ORIGINAL STORY: The long-running Zenimax lawsuit against Oculus is heading to court.

Way back in 2014, Zenimax filed a lawsuit against Oculus, alleging that the VR company and its founder, Palmer Luckey, had illegally obtained virtual reality trade secrets. ZeniMax claimed that it, not Luckey, was responsible for developing the technology behind the Oculus VR headset. In August of 2016, the complaint was amended to include claims of IP theft by John Carmack.

An Oculus representative was quoted by UploadVR as saying, “This complaint filed by ZeniMax is one-sided and conveys only ZeniMax’s interpretation of the story. We continue to believe this case has no merit, and we will address all of ZeniMax’s allegations in court.”

Zenimax is seeking $2 billion in damages, which (probably not coincidentally) is the exact amount that Facebook paid when it acquired Oculus in 2014. The case is scheduled to last three weeks, and will be heard in Dallas, U.S. District Court, Northern District of Texas. We’ll keep an eye on the progress, and keep you posted on any news or rulings. If you want to follow the case, it’s listed as ZeniMax Media Inc. v. Oculus VR Inc., 3:14-cv-01849, U.S. District Court, Northern District of Texas (Dallas).