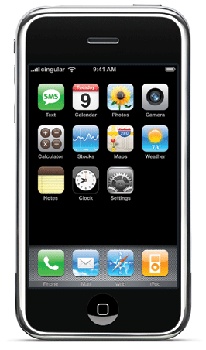 If you own an iPhone and want to “jailbreak” it in order to install non-Apple-certified applications, good news – it’s now considered perfectly legal, according to the United States government.

The 1998 Digital Millennium Copyright Act was hailed as a victory by entertainment industry representatives and hailed as a nightmare by anyone who hates DRM. In a broad and vaguely-defined nutshell, the DMCA essentially made it illegal to circumvent digital protection on various forms of media. Now, however, it seems that the US government may be easing up on the act … if only slightly.

On Monday, the US Copyright Office released a list of six “classes of works” that breached DRM but were still considered lawful under the DMCA. Included in the ruling were applications that removed restrictions placed on mobile devices like the iPhone – so according to the US government, “jailbreaking” your iPhone to install apps that haven’t been sanctioned by Apple is now completely legit. Of course, this only applies to legal software – piracy is still as much of a no-no as it’s ever been.

Apple calls jailbreaking an “unauthorized modification of its software,” and has in the past released iPhone updates that render jailbroken phones inoperable. The new ruling will not stop the mobile giant from doing so in the future, reports the AP. Moreover, an Apple representative pointed out that jailbreaking an iPhone voided the warranty, and claimed that it could “severely degrade the experience” by making the phone unreliable and unstable.

Still, whatever Apple says, you can now do whatever you want on your phone (as long as the software is legal) and the US gub’mint won’t stop you.

The ruling also said that it was legal to crack DRM on computer and videogames, provided that it was for the purpose of “testing for, investigating, or correcting security flaws or vulnerabilities.” In other words, if your new DRM makes a user’s computer vulnerable to attacks, it’s fair game for people to breach it.

It’s a small and situational win for anti-DRM advocates, but a win nonetheless, no?