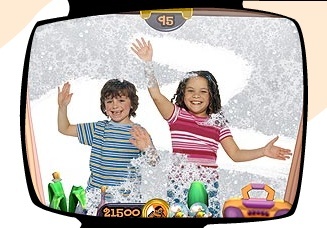 Left 4 Dead writer Chet Faliszek says Project Natal is really cool but hopes that other studios won’t waste the technology by creating nothing but “tiresome” mini-games for it.

Valve thinks Project Natal, Microsoft’s planned motion control system for the Xbox 360, is “really cool,” but Faliszek said how far that goes depends entirely upon what game makers do with it. If you’ve ever played a motion-controlled game in the past, you should have a pretty good idea of what he’s worried about: Flailing your arms like an idiot to pop balloons and bounce balls is a novelty for about 15 seconds, after which it becomes less fun and more embarrassing with each passing moment.

“Hopefully we’ve gotten past the point of mini-games,” Faliszek told CVG. Making a motion with his arm, he said, “I’m sick of that. That’s not a game for me anymore. Let’s get some real interaction going.”

“We have these technologies now that let us interact in different, really exciting ways. It’s developers’ jobs to do something with it. Impress me,” he continued. “Don’t just make shitty games I wouldn’t want to play if I had to use a joystick.”

He was hesitant to commit Valve to supporting the device anytime soon, but promised that if and when it did, it wouldn’t just be for the sake of having it in the game. “We’ll see,” he said. “You won’t have to make the arm movement of sawing off a zombie’s head in some tiresome mini-game. I can promise you that.”

The Passing DLC for Valve’s online zombie shooter Left 4 Dead 2 is slated for release in March.

Nintendo May Add Rumbling Styli to Next Handheld