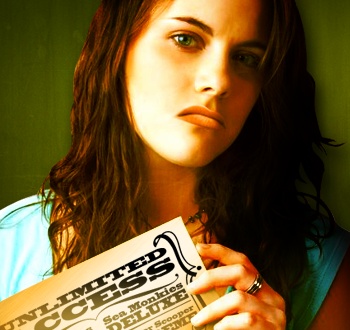 Many dream of getting a job in the videogame industry, but all too often they focus a little too much on the dream, and not enough on the job.

The idea of getting paid to play videogames all day has no small appeal to many gamers, so jobs like testing and reviewing games are highly coveted. People imagine themselves playing their favorite games all day, and then collecting a paycheck at the end of it. But in Issue 265 of The Escapist, Mur Lafferty adds some cloud to the silver lining, and talks about what jobs like testing and reviewing games are really like:

Yes, you play games all day. But you have to play them in a certain way. And they’re broken almost all the time … I’m just wanting to indicate that people think, “playing games all day” is the best job ever, when, like most jobs, it’s work, hard work, and often tedious work.

After I left Red Storm, I went into freelance writing, including game reviews … Yes, you get games for free, and are paid to play and write about them. But you don’t get handed the World of Warcrafts and the Portals and the Rock Bands. The editor gets those. You’re likely offered games that you have never heard of, but you think, “Okay, I like sims, I guess I’ll try Fence Builder out.”

To get more of an insight into what it’s really like to work in the videogame industry, read I Got A Golden Ticket, then let us know if it’s thrown cold water on your aspirations, or if you’re still as keen as ever.