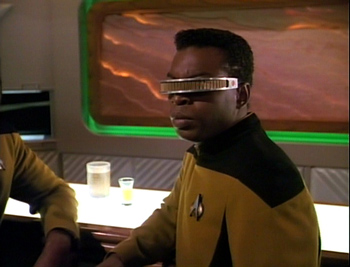 Star Trek Online user, SkybuckFlying, is undressing you with his eyes. And his nude patch.

Star Trek Online forum users got an eyeful when they went to check out a directory of screen captures taken by a user named SkybuckFlying. While the screen caps Skybuck was sharing were legitimate, another folder in the directory that he or she had forgotten to make private was discovered to be full of pictures of female characters rendered naked by an unofficial nude patch. It also contained a text file advertising the same patch, which can be had for a mere one million in-game energy credits.

So, we may be dealing with an entrepreneurial pervert.

“Why don’t you tell us why you have a folder full of pics of various players you took using a nude mod, probably without their knowledge?” wrote one user after they discovered the secret stash of space flesh. “Incidentally I took a screenshot of the directory and also mirrored the entire thing, so don’t bother trying to remove or hide it.”

The discussion thread had since been deleted.

Virtual world or no, there is something mildly unnerving about the thought that anyone – anyone – you meet in an online game could be secretly leering at your exposed E-genitals via some illicit technical wizardry. Of course, the existence of in-game X-Ray specs may not be as incompatible with the Star Trek lore as you might first assume.

The Escapist Expo Gets a Movie