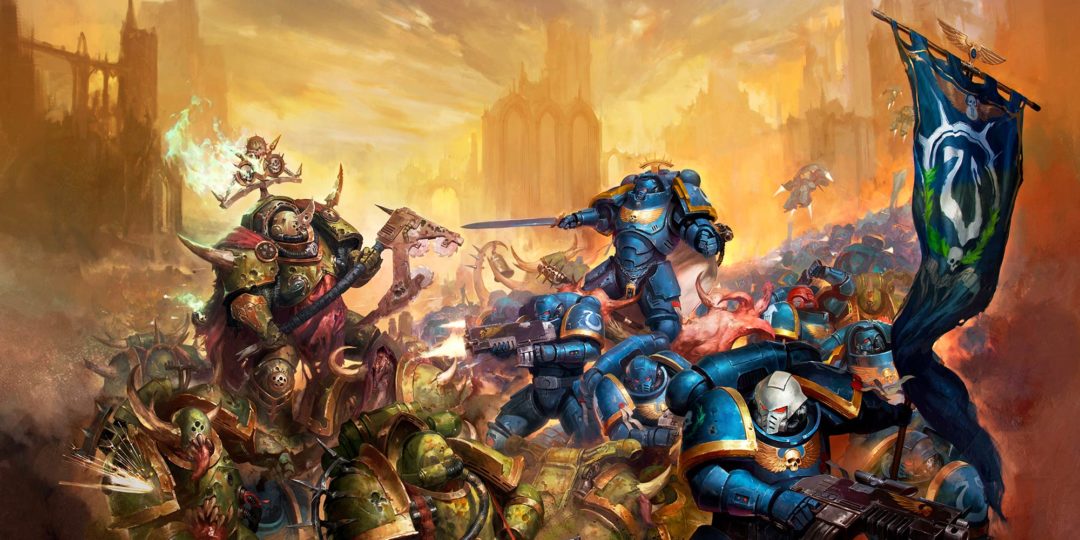 The Warhammer universe is being adapted into a live-action TV show called Eisenhorn, which will combine fantasy, science fiction, and crime (!) genres.

Big Light Productions and its CEO, Frank Spotnitz, are collaborating with Warhammer 40,000 IP holder Games Workshop to take the lead on the project. Spotnitz will be the series showrunner and executive producer. He was both the creator behind Amazon’s The Man in the High Castle and a writer for a number of X-Files episodes.

Spotnitz has commented on his work on the project and the world of Warhammer:

We are delighted to collaborate with Games Workshop to develop the beloved visionary world of Warhammer 40,000 into a TV series. Warhammer 40,000 is steeped in rich and complex lore, with a myriad of traditions and stories that have accumulated over time in this thrilling and complex world, making it one of the most exciting properties to adapt for television audiences and the franchise’s loyal global fanbase. There is nothing else like it on television, and we are incredibly excited to tap into our own experience creating imaginative, complex and compelling worlds to bring this incredible saga to the screen.

According to the press release, the show will take place during a period where mankind’s existence “teeters on the brink of annihilation.” The setting certainly sounds epic in scale, as the release also promises to follow the Imperial Inquisition as it wages a “secret conflict” behind the scenes of the universe’s grand, bloody war. The release continues: “… Eisenhorn will see Inquisitor Gregor Eisenhorn and his band of investigators fight to thwart the monstrous schemes of aliens, heretics, and daemons before mankind’s doom is sealed.”

More specifically, the show will be based off of books written by New York best-selling author Dan Abnett. Abnett commented on the decision to focus on Eisenhorn’s character:

Gregor Eisenhorn is a relentless force in the Dark Future of the Warhammer universe: a destroyer of daemons and a purger of heretics, implacable, powerful and dedicated. But the appeal to me, from the moment I started writing him, was his complexity. He is not the simple, ruthless hero he appears to be. His battle with the Warp leads him into dark places and forces him to question his duty, his understanding of the Imperium, and his own identity. With Eisenhorn, it’s not just the adventures, and they are certainly vivid: it’s the journey he takes to the very limits of what he is and what it means to be loyal.

First, the IP started as a miniature-based strategy tabletop game in the 1980s. Since then, the Warhammer universe has touched nearly every entertainment medium, from books, to video games, to movies, and now television.

The Warhammer community page makes it clear that the show is still in its early development phases and will take a “few years” before airing. Stay tuned for any updates on where to watch the show and an eventual air date.

Remnant: From the Ashes Is a Punishing Cooperative Shooter Where Every Piece of Loot Matters