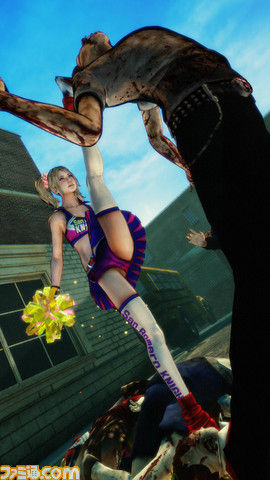 Not only is Warner Bros. Interactive getting involved, but the publisher is also bringing in a big name when it comes to cult horror/comedy.

When Lollipop Chainsaw was announced last month, it’s safe to say that a lot of us were intrigued by the concept of a chainsaw-wielding cheerleader who takes on zombie hordes. However, it wasn’t known if the game would actually be released outside of Japan. Thankfully, Warner Bros. has announced that it’s going to join forces with the game’s Japanese publisher and handle distribution for Western markets.

Warner has also revealed that it’s recruited writer/director James Gunn, who made both Slither and Dawn of the Dead, to “bring his cult humor and edgy storytelling to Lollipop Chainsaw.”

OK, first off: If you haven’t seen Slither and you’re a fan of goofy cult movies and/or Nathan Fillion, you should check it out. Secondly, Suda 51’s games are often loaded with a ton of cult humor already, so it sounds like Warner Bros. wants to keep the strange, somewhat absurd feel of the title in place.

Khan May Actually Be In Star Trek 2