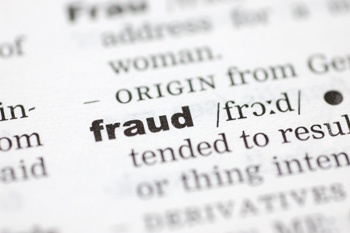 As more unemployed people become desperate for their next games marketing job, and as some newly formed PR agencies get too hungry for their next games client, a new trend is emerging: certain job and PR agency candidates are making brazenly false claims about their successes that cross the line from “truth stretching” to “fraud.”

With hundreds of studio closures, mergers, and acquisitions over the past two decades, it’s easier now than ever to create a fraudulent resume or agency background with a bogus client list. Here are three real-world examples of frauds who misrepresented themselves, got hired, and caused significant damage.

You might think that the studio executives who hired these frauds were somehow grossly negligent – they weren’t. In each of the real-world examples above, the candidates presented themselves as professionals, spoke the appropriate lingo, and gave no indication that anything was wrong. These hiring studios paid a high price for not taking a few extra minutes to do some online research.

Here are a few steps you can take to avoid hiring a fraud. Each step takes fewer than five minutes to do and can help you avoid major headaches. 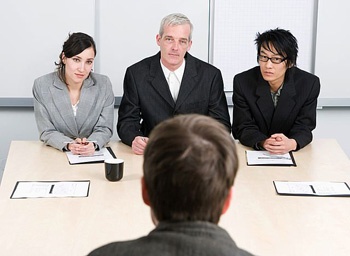 Use Google and Linked-in to discover discrepancies. One job applicant’s resume claimed she was a studio’s Marketing Director from 2000 through 2003, but a Google search revealed a different person was the Marketing Director during that time period, and the job candidate was actually a Marketing Assistant who was there only four months. Another job applicant claimed he had managed a three-person marketing team that successfully launched a new game in November, 2006. However, his Linked-in page said he was employed by a different studio at that time.

Be skeptical of previous employment claims at now-closed studios. Fraudulent job applicants often claim they worked at Studio Y and Studio Z, both of which are now closed and both those websites are gone. The applicants tell you the two CEOs have left the industry, they’ve lost track of them, and can’t provide reference contact information. A simple Google search for “Studio Y press releases” may reveal the names of CEOs or Lead Game Designers who were quoted in the press release. Google them by name, contact them, and find out what’s true.

Verify claims of managing a marketing campaign. Don’t rely solely on an applicant-produced Excel file of the actual marketing budget; it doesn’t prove the applicant was in charge. Instead, ask for copies of contracts bearing his or her signature (ad insertion orders and supporting vendor contracts are a good place to start). Frauds can’t produce this proof.

Investigate claims of participation in an industry conference panel discussion. Anyone can claim to have participated on a conference panel. Get the link to the conference site. If their name doesn’t appear as a speaker, don’t automatically buy the “I was a last minute replacement so my name didn’t appear” story!

Find out if it’s a “real” PR agency or a “team” of the fellow unemployed. Just as studios are downsizing, so to are PR agencies. This creates a growing pool of unemployed PR people looking for work and sometimes they team up to create a “fake” PR agency. All they do is create a website, write some clever text (vague on details), and post a list of clients. Wow, look at all those logos! Don’t be fooled. The client list may be a compilation of accounts they’ve individually worked on at previous employers. These “fake” agencies may not have even one active client. Simply ask, “What studios have a signed contract with your agency as of today?” If the answer is one or “none,” it’s likely they misrepresenting themselves as a “real” PR agency.

Verify PR agency principals’ claims. Google (without brackets) “[agency principal’s name]” and “[game name] [agency principal’s last name]” to see how many press releases pop up that list them by name as the PR contact. Then make sure those releases are actually for game clients and not for other-than-game clients. One agency claimed experience launching “over 50 game and technology products” when, in fact, they distributed only two games-related press releases in the past three years; I guess the other 48 launches were for tech products.

Use Google and Linked-in to discover discrepancies. In one PR agency’s bid for a studio account, the agency CEO claimed to have founded his PR agency in 1999. A two-minute Google search (“[agency name] founded”) revealed the agency was actually founded in 2002 – by a different person! Our guy was a short-time employee of that agency, not the founder, and his agency’s bid was rejected.

Ask for proof of media coverage in Excel with links, not in Word. After you’ve verified that a PR agency did, indeed, represent a specific client as claimed, you need to find out how good they were at their job. A PR agent should be able to email you an Excel file listing active links to a client’s media “hits.” Click on several of the links to see if the articles are real or if an oddly high percentage of those links are broken (translation: they’re most likely bogus “hits”). Don’t accept a Word document listing various media outlet’s logos plus theatrical quotes underneath (“…Stunning graphics! Great fun…”) – it’s too easy to make them up.

Hiring unqualified marketing executives or inexperienced PR agencies can kill your title or studio. Use the tools at your disposal (Google, Linked-in, your own common sense, and industry experience) to vet the final round of candidates. The extra few minutes of research could yield some startling results, and expose a fraud before you hire one.

Our Love of Robots Begins With a Pooping Duck