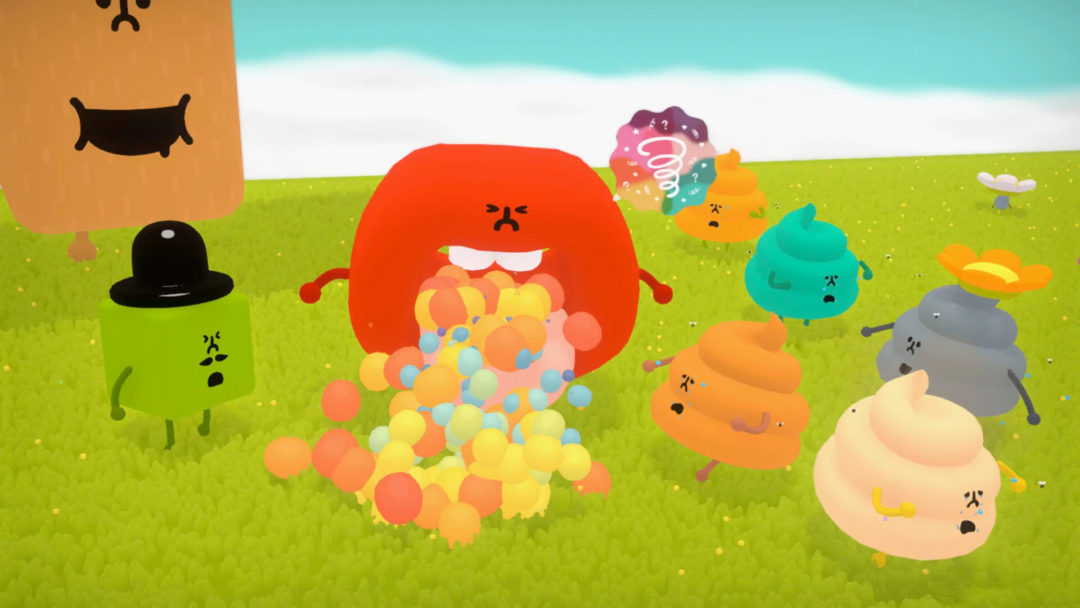 Wattam is being developed by Funomena, a San Francisco-based studio founded by thatgamecompany alumni Robin Hunicke and Martin Middleton, and published by Annapurna Interactive. The title is coming to PlayStation 4 and PC via the Epic Games Store. Preorders are available starting today and offer a 15 percent discount from the game’s $19.99 price tag.

In Wattam players take on the role of the Mayor, a cube wearing a bowler hat, who has become separated from his friends. A chance reunion inspires him to seek out his old missing compatriots. From there, the game is all about reuniting the Mayor with the game’s cast of cartoonish characters, including “Sushi, Flower, Cloud, and Poop.”

Wattam features over 100 characters who can link arms, stack on top of one another, cheerfully explode, and dance. Each character and location in the game has its own associated melody, so linking characters together and bringing them to different areas of the map will result in dynamic music being assembled on the fly. Wattam‘s citizens have unique origins that can be discovered by interacting with them.

Wattam comes to PlayStation 4 and the Epic Games Store on Dec. 17.

Watchmen Episode 4 Review – If You Don’t Like My Story, Write Your Own