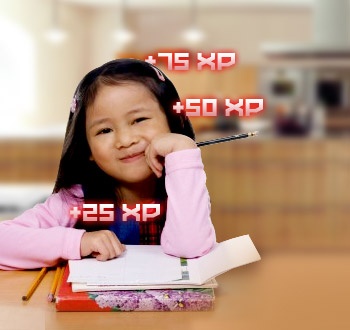 In the near future, we will no longer be called gamers, because games will be everything.

Games, once a pastime enjoyed only by children, will soon infect the daily life experience of every human being. We see evidence of this already happening, from the game-like gas consumption progress bars built into the UI of the Toyota Prius and Honda Insight to the badges and titles of The Escapist. There will come a point, then, when the term gamer will be irrelevant because it would describe everyone that you meet. On top of that, researchers and corporations are discovering that adding an element of play makes even mundane tasks engaging, as Jason Della Rocca points out in Issue 252 of The Escapist:

Scientists turned the super complex problem of protein folding into a game, and engaged the pattern matching skills (and tenacity) of the population at large. The FoldIt game-like application enabled young students to playfully solve tough science problems, and compete with experts around the globe.

Even such innocuous functions as image labeling have been turned into games. The Google Image Labeler is based on The ESP Game, developed at Carnegie Mellon University. In The ESP Game, two anonymous players are shown a random image while a clock counts down. The players must then type words that describe the image. When both players have typed at least one word in common, they both score points and a new picture is shown. By turning a fairly mundane task into a game, over 20 million image labels have been harvested in just a few years.

By integrating games and play into our lives, it’s possible that our lives will simply become better. If it feels like you are playing a game when you, say, take out the trash or go to the dentist, then we will indeed live in a better world. Wait, Della Rocca already linked to Chore Wars in Playing For Our Future? Great, now we just need to game the dentist drill.

The Force Unleashed Could Have Had Wookie Superheroes