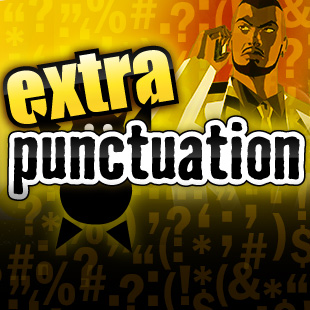 I’ve always wondered what the official definition of ‘cult appeal’ is. Because it’s turning into a less and less useful way to determine whether something is good. Just as the formula for indie appeal is to be a game about a large-headed child exploring a scary world, there seems to be a formula for attaining “cult appeal.” It’s a much vaguer formula, but the gist of it seems to be to make something unconventional that defies the standard storytelling tropes from all the scriptwriting manuals.

But sometimes storytelling tropes become cliched because they exist for a reason, and when you set out to deliberately defy the usual boring methods in a quest to be considered ‘alternative’ then you may end up creating the ‘alternative’ to good quality. And then there’s a tendency for a cult property to hide behind the whole ‘cult’ label to excuse technical flaws, and that’s a slippery slope that ends with ‘cult appeal’ being just another way of saying ‘so bad it’s good’.

I bring this up because I think it would be useful, in the aftermath of D4: Dark Dreams Don’t Die, to examine two Japanese game directors who tend to sit under the ‘cult’ label, and who both sound like they took their nicknames from a roadsign in a foreign country — Goichi “Suda 51” Suda and Hidetaka “Swery65” Suehiro. More specifically, I want to compare the two cult games that essentially laid the foundation for their creative profiles, as it were. Suda 51’s Killer7, and Swery65’s Deadly Premonition.

Deadly Premonition had a quirky and entertaining protagonist and a story to make the most of him, and whose eccentricity gelled well with a rather disjointed approach to game design. But, and this may sound like a strange statement, I think it’s rather overrated for an underdog cult game. I think once you get past the main character’s strange charisma, the game exists mainly on the so-bad-it’s-good side of cult appeal. Meanwhile, Killer7 is a little bit polarizing but it’s one of my favorite cult games, it’s just plain so-good-it’s-good and it’s competently, deliberately put together.

I’ll grant you that Deadly Premonition has a much more coherent story than Killer7, but let’s face it, it’s similar enough to Twin Peaks that it’s skating with suicidal recklessness close to the edge of plagiarism. And despite a number of plot twists and turns that are somehow simultaneously very, very mad and slightly predictable, the story’s over once it’s over. Killer7, meanwhile, is nothing if not open to interpretation, and may take more than one playthrough before you can even begin drawing up your character flowchart. It keeps things interesting with the occasional absurd spectacle, like a Mexican wrestler headbutting a bullet out of the air, where Deadly Premonition has trouble keeping up a fast enough pace to sweep you along in the same way.

Killer7 rather deceptively resembles an insane rambling stream of consciousness, switching cut-scene styles from mission to mission, dropping wild colorful imagery as you move through environments that make no logical sense, where otherworldly realms overlap with ours, and dialogues offer disjointed scraps of conspiracy in a manner worthy of the Illuminatus trilogy. But while taken as a whole the game is an undisciplined scrapbook of themes and ideas, it’s tight as a drum with regards to the technical details. I suppose that isn’t hard considering how linear it is (in a very literal sense, only one step above a rail shooter), but still, the animation is good, the art somehow stays consistent even throughout fluctuating cutscene styles, and the sound design is great, from the catchy music and idiosyncratic insane laughter of the Heaven Smiles to the necessarily overdone voice acting.

In short, as I think I’ve said before, it bears the hallmarks of having been crafted with a great amount of care, despite having what seems to be a totally carefree attitude to things like structure and coherence. Deadly Premonition, in contrast, bears the hallmarks of what you get if you do actually develop a game in a carefree way. It’s technically riddled with ineptitude. Character animation is awful and frequently fails to sync appropriately with the awkward voice acting. There’s this weird tendency for music tracks to switch mid-cutscene in painfully obvious ways, usually to attempt a tonal shift so jarring that it makes the gearbox crunch.

Combat’s pretty awful, as well. Admittedly it’s not sterling in either game, but the tension of an approaching enemy and the visceral punch of shooting them right in the weak spot that makes them explode into hundreds of blood particles still beats Deadly Premonition‘s wild and clunky flailing at sleepily-approaching zombies. I’d still take Killer7 any day, even factoring in the weird gimmicky boss fights and the irritating routine of having to recover your body after death (hey, Dark Souls gets away with it).

But the big thing that kills Deadly Premonition for me, and makes it more intriguingly strange than actually fun or interesting to play, is that the story just cannot keep a consistent tone. Jarring tonal shift is one of those things that one might try to excuse as deliberate defiance of convention, but when the game goes from quirky oh-you-silly-agent-York to suddenly wanting to explore child trauma and implied rape, I find myself lost and flailing without a flotation device. Killer7, however, manages to keep a consistent tone, and that’s no mean feat. It’s got parodies of Japanese super-sentai characters, the aforementioned Mexican wrestler bullet headbutting, bizarre conspiracy theories, and a couple of really disturbing depictions of an elderly disabled man being physically and sexually abused by his caregiver, but even at an extreme of the silly-sinister spectrum there’s always the same continual sense of wrongness, and I never feel like I’ve suddenly turned a corner into a different game or story entirely.

I guess my point is that the term ‘cult appeal’ seems to be a fairly meaningless one if these two games can both be given the label, and that deliberately trying to be alternative or quirky should never diminish the responsibility to put some effort into creating a quality product.

But having said all that, I do think D4 is an improvement on Deadly Premonition, in virtually every area. And with the possible exception of No More Heroes, Suda 51’s games have been getting progressively lackluster, with the most recent Killer Is Dead being about as lively as a cold fish. So maybe Swery65 is the one more worth your time today, as he shows a desire to improve. Perhaps he could even absorb Suda 51’s power and be upgraded to Swery116.

8 of the Best Games to Feature Aliens