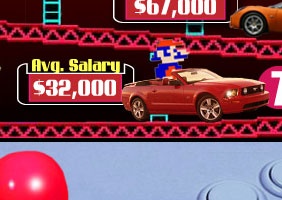 How much can you make in the videogame industry? Here’s a handy graphic that lets you know.

Plenty of people want to make videogames for a living, but how much you can make doing that is never really brought up. Until now that is, thanks to an infographic about average salaries for various positions in the industry, courtesy of Maxim of all places.

The figures quoted are apparently taken directly from the people themselves via Game Developer Research, and the descriptions also offer up a few tidbits of trivia, like of all the jobs in game development, women are most often producers.

The infographic itself is too big to post, but you can see it in all its splendor here.