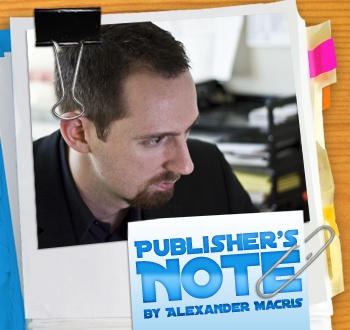 Have you ever read a newspaper article or Time magazine piece from the 1940s and thought to yourself, “Wow, this article is so intelligently written. The writing in modern mags and papers seems dumbed down in comparison.” If so, you’d be right.

In the 1950s, two researchers, Rudolph Flesch and Robert Gunning, began working with newspapers and wire services to improve what they termed “readability.” Readability is the degree to which words can be understood by readers. It is today measured by scores named after their inventors, the Flesch Reading Ease Score (1-100) and the Gunning-Fog Index (1-14+). The latter is the well-known “grade level” score of reading, as in “Reader’s Digest is written at the 9th grade level.”

At the time they did their research, most newspapers were written at the 12th grade level. Flesch and Gunning saw this as a bad thing; they believed that work should be written at a reading level that matches the reading comprehension score of the average American adult, which is around 8th-9th grade level. More importantly, they uncovered evidence that the lower the grade level of the writing (or the higher the readability, as they would euphemistically put it), the wider the circulation. Flesch and Gunning found that high-class magazines at the 12th grade level had circulation of less than 1 million, while pulp rags written at the 6th grade level circulated at more than 10 million.

The reason for the correlation is that consumers with low reading comprehension simply cannot enjoy work written at a higher grade level, regardless of its quality. Edward Gibbon’s Decline and Fall of the Roman Empire has a Gunning-Fog Index of 19.2, suggesting that while it may be the most masterful work of historical analysis ever written, most college graduates (16th grade) can’t even comprehend it. It will never be an Amazon best-seller, because there aren’t enough people able to appreciate it.

Meanwhile, the famous comic book The Watchmen was written at what I calculated as the 7th grade level (a three-grade increase from what Flesch and Gunning claimed for comics). The popular “Orange Box” episode of Zero Punctuation had a Gunning-Fog Score of 13.6, 14th grade, meaning it’s almost scientific writing. And this passage I wrote recently in my Check for Traps column – “Rules, in a tabletop RPG, are ultimately about what philosophers call action, where ‘action’ means intentional effects caused by an agent. It is the rules that dictate the results of action, and thus define the relationship between a player’s choices and the consequence he experiences” – well, this passage had a Gunning-Fog Index of 14.40, or 15th grade. So I apologize if my writing makes no sense to those of you who only made it to 14th. Perhaps you might enjoy some writing about games at the 4th grade level?

Anyway, at the time that Gunning and Flesch did their seminal work, they limited it to reading (and, by extension, listening to spoken words over the radio), as those were the leading media of communication in their day. 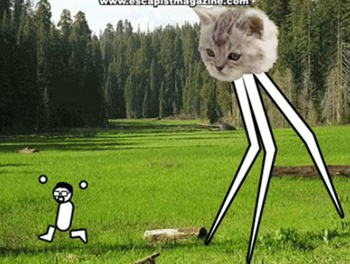 But the notion of “grade level” or content comprehensibility is quite extensible beyond reading. For instance, in music, there is the concept of audiation, or music appreciation, the process of mentally hearing and comprehending music. According to music education research E.E. Gordon, “when you are listening to music, you are giving meaning to what you just heard by recalling what you have heard on earlier occasions [and] anticipating or predicting what you are hearing next, based on your musical achievement.” This is the same skill set that a reader employs when parsing text. And music, like text, can come at different grade levels, which can be comprehended (“appreciated”) by listeners of different skill. That’s why the average music listener likes pop music with easily accessible hooks, while music snobs enjoy Bach or atonal experimental rock, but find pop music the equivalent of children’s books.

Comprehension level can also be applied to narrative, as is the case for film studies, and to games – though that is only just now becoming understood. Whether we’re talking about “reading comprehension,” “music appreciation,” or “film studies,” the underlying concept is the same, and it explains why we even have literature snobs, film snobs, music snobs, and game snobs at all. To be a snob is to be a consumer only willing to consume content created at a high comprehension level.

Interestingly, comprehension level can vary not only from person to person, but from medium to medium for the same person. Consider Roger Ebert, whose blog is currently recommending the 1937 film Make Way for Tomorrow, as a great movie, calling it “beautiful and heartbreaking,” “wonderful and very sad.” Yet we all know that were the average American to sit down with Make Way for Tomorrow, he would watch about 5 minutes of it before changing the channel to American Idol. Clearly, Roger Ebert has an exceptionally high film comprehension score. And yet he seems to have an exceptionally low game comprehension score, which is why he can’t appreciate the art form – and doesn’t even know it.

By now the astute readers among you (those with high enough reading comprehension, that is) will doubtless have noticed that Zero Punctuation has a 14th-grade comprehension level. Is ZP just for snobs? If Flesch and Gunning are right, Zero Punctuation should be reserved for the cognitive elite. Yet everyone knows that ZP is our most popular content with mainstream consumers. What an enigma (or mystery, to you 4th grade readers)!

But really it’s no mystery at all. It’s merely a question of density. ZP offers so much entertainment that it can afford for half the jokes to be at the wrong levels of comprehension, and still be hilarious. For instance, you don’t necessarily need to know what a “jaded misanthrope” or “dystopian future” is to enjoy Zero Punctuation; you might lack the vocabulary to appreciate those catchphrases, but the picture of a “force-feedback codpiece” will still probably make you laugh. The level of comprehension required to enjoy all the jokes in ZP is probably 14th grade, but you can enjoy the potty humor at any grade.

This same high-low scheme, with layers of content that can be unpacked at different levels, is used in many other works that are popular with both mainstream audiences and the cognitive elite. The Lord of the Rings can be enjoyed as a children’s adventure tale – or you can contemplate the Christian meaning of Frodo’s inability to intentionally destroy the One Ring while translating the Quenya poetry. Lost can be enjoyed for its suspenseful cut scenes and intriguing love triangles – or for the mythological overtones of the Dharma Initiative. Even the difference between Britney Spears and Christina Aguilera is the difference between music that can be enjoyed at just a low level of comprehension (Britney’s) and music that can be enjoyed at both a higher and lower level (Christina’s).

So what’s the point of this musing? It’s to ask our readers what their level of comprehension is – and what they prefer. Do you consider yourself game snobs? Web snobs? Am I right that ZP is funny on multiple levels…. Or is it really just all about the codpiece?