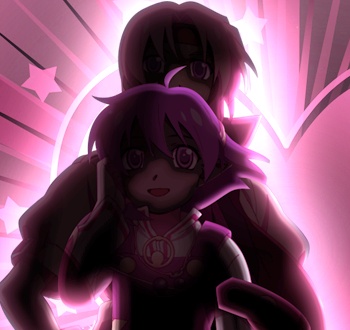 Fanfiction lets non-canon relationships bear fruit, but one game takes that idea to its utmost conclusion.

It’s a hallmark of fanfiction to combine characters in romantic relationships that just wouldn’t (or couldn’t) ever come to be in the source material. For example, Spock and Kirk were famously paired up in fanfiction written in the late 60s and assembled in zines like Spockanalia. Videogames sometimes offer a similar chance for players to experiment with couplings, with the most recent Mass Effect franchise making a game of such relationships. But, as Brendan Main tells us in Issue 249 of The Escapist, there is one title that allows endless permutations of character sexploits.

As an RPG with an exhaustive amount of detail, Star Ocean: Second Story is replete with a variety of complicated game systems, and retains a staggering amount of depth even now, a decade after its original release. But at the time, many of the excesses of JRPGs were still new and added to its mystique as a larger-than-life phenomenon. With a massive plot, a ridiculously high level cap and personal skills leveled through use, Second Story‘s method of handling character relations through a system of “emotional levels,” in which character relationships are micromanaged through varying levels of both “friendship points” and “relationship points,” might seem like more of the same. But surprisingly, a large amount of the game’s considerable depth was bent towards the central purpose of playing matchmaker.

In order to see each relationship blossom, and get a glimpse at every possible ending, Star Ocean: Second Story offers the ultimate in replayability. Perhaps the developers at tri-Ace were on to something. Or maybe they are just fanfiction fans who like to create fiction of sci-fi characters getting it on. Read the rest of Hooking Up in Hyperspace to figure out which one it is.

Syndicate Remake Gets a “Triple Confirmation”