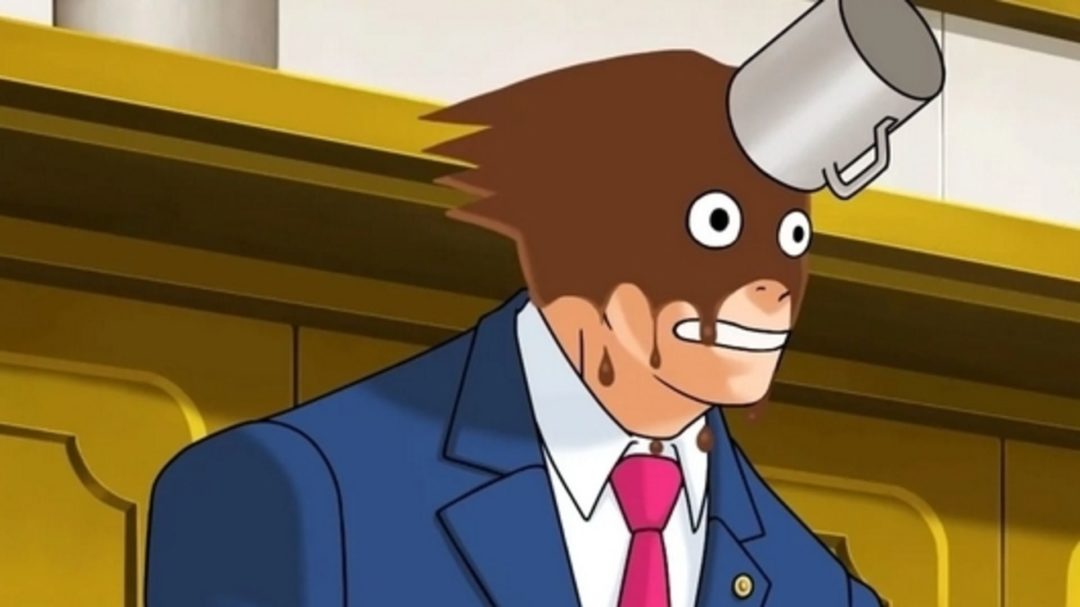 Last week, I reviewed Phoenix Wright: Ace Attorney Trilogy. It was pretty good. But I had so much to say about the game part of the game that I ended up skipping the legal part of the game. This week, I’m correcting that error with some legal analysis of everyone’s favorite (and only?) video game attorney.

From the start, it’s worth noting that I’m not the first person to analyze Ace Attorney from a legal perspective. In fact, a few years ago, the Escapist ran a fascinating article that explained how the series incorporates elements of Japanese law into the gameplay. Still others have spoken at length about the many ways in which the game does not provide a realistic or fair depiction of attorneys or the court system. Of course, most of the inaccuracies should be fairly obvious even to non-attorneys: No, defendants don’t really have to prove their innocence; prosecutors really do have to adhere to ethical constraints; defendants do get time to prepare for trial, etc.

We can start with what might be the most important part of an attorney’s job: credibility. When attorneys go to court, their goal is always the same: convince the judge (or jury, if appropriate) that their side is right, and that the other side is wrong. Credibility is the currency of persuasion, as it makes judges more likely to listen to you, to take your arguments seriously, and to feel comfortable deciding in your favor. But credibility doesn’t grow on trees, and earning it is perilous. In a lot of ways, credibility is like “Nosedive” — one of the best episodes of Black Mirror, in which each person is assigned a social score that increases or decreases after each social interaction. As in “Nosedive,” each interaction with a court increases or decreases one’s credibility score and makes the attorney’s job that much easier or harder.

In Ace Attorney, your health bar is just a credibility meter. For each case, your meter starts with four or five credibility blocks. But as in the real world, your credibility is constantly under attack. Each time you make a bad argument, you lose credibility blocks. And when you get to zero, the case is over. The mechanic is surprisingly realistic and captures the feeling that each decision matters, while also showing that some decisions are more important than others. And, like in the real world, if you run out of credibility, you might as well just sit down.

Credibility isn’t just for attorneys. Witnesses have credibility as well, and cross-examining attorneys typically seek to undermine the credibility of opposing witnesses. Ace Attorney captures this aspect of litigation pretty effectively, since the game’s primary mechanic is built around identifying contradictions and exposing perjury. While the game doesn’t display credibility bars for each witness, there comes a point in each examination where the witness becomes visibly uncomfortable with their contradictions, and where the judge concludes the witness is a liar and disregards their testimony. Once again, that is fairly accurate. One or two mistakes or inconsistencies might not doom a witness’s testimony, but repeated inconsistencies combined with visual ticks and a change in demeanor would be enough to doom any witness, and an effective cross-examination can make pretty much anyone squirm. While pretty much every other aspect of Ace Attorney’s cross-examination lacks realism, the game’s treatment of witness credibility is on-point.

Since Ace Attorney is a video game about law, it makes perfect sense that most of the time playing the game is spent reading. And reading. And then reading some more, for good measure. In fact, overall I would estimate that 85 – 90 percent of your time in Ace Attorney is spent reading document snippets, conversations, and item descriptions. In what should be a surprise to no one, that is actually a pretty good description of most legal work. In fact, if you don’t count writing (which is the other big part of legal work, and is non-existent in the world of Ace Attorney), it’s safe to say that roughly 85 – 90 percent of a lawyer’s job is spent reading. Since the game falls into the “visual novel” genre, this one is kind of a freebie, but it’s still worth making the point.

In the United States, judges are often nominated or elected to office because of their wisdom, experience, and, for lack of a better word, judgment. But that doesn’t mean they’ll always reach the correct decision. Judges make mistakes all the time. And it can be downright infuriating. Ace Attorney captures this feeling perfectly. Somehow, Phoenix Wright always ends up in front of the same judge (again?!), who inexplicably credits absurd arguments from the prosecutors, seems unable to draw even basic inferences, and allows trials to continue long after he admits that the defendant could not possibly have committed the crime.  Is it frustrating? Absolutely. Is it realistic? You bet. In real litigation, judges are almost always assigned randomly, and you get the judge you get (unless you’re in California). Sometimes you’ll get lucky and get Thurgood Marshall, and other times you’ll get an otter. Thems the breaks.

Star Wars Knights of the Old Republic Might Live Again

K is for Knockers