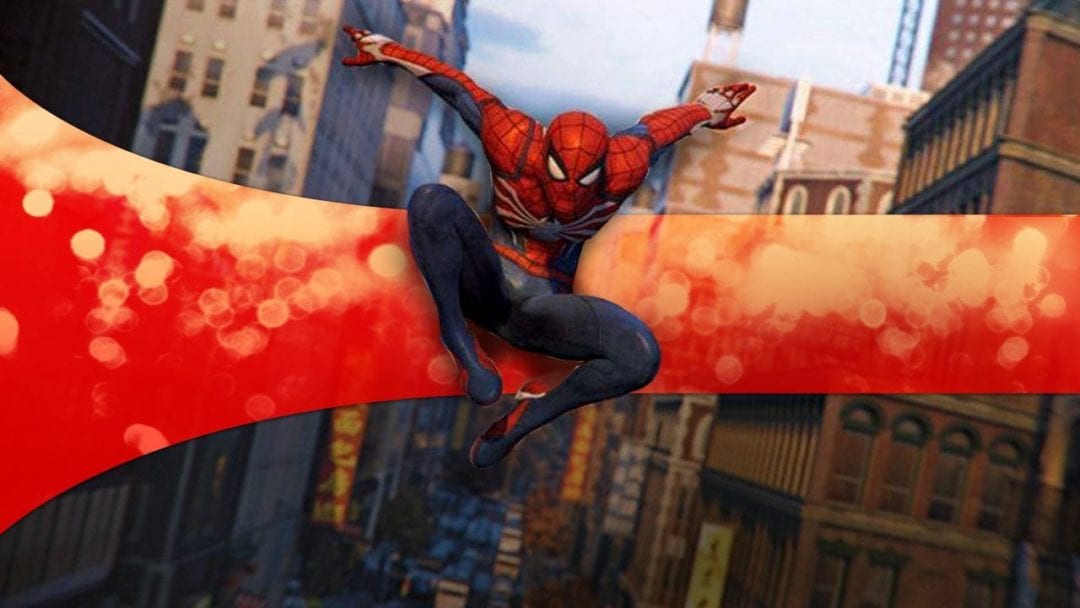 Like I said last week, Marvel’s Spider-Man is a fantastic game that really shines in areas where other games typically struggle. On the other hand, it’s not a perfect game and I’d hate for all of this glowing praise to lull the developers into a false sense of security. There are details in this game that require attention and refinement.

Here are five things the developers should address for the sequel:

This is something a lot of “cinematic” games struggle with. The game designer feels the need to cap off a fight with a little cutscene to give everything a big finish. I understand that those flashy cutscenes look great in trailers and help show off the hardware. I get why they exist from a business perspective, but you need to be very careful that your movie doesn’t negate the player’s contribution.

A good ending for a boss fight is one where I give Vulture a beating using the standard gameplay mechanics, and, after I win, the game transitions into a cutscene where the now-defeated Vulture and Spider-Man exchange some words. Maybe we get some dramatic camera angles, and some non-diegetic music sells the emotional thrust of the scene. That’s fine. I beat him in gameplay, and then the cinematographer takes over for the more emotional dialogue-based stuff.

A bad ending for a boss fight is one where I pummel Kingpin using the game mechanics, and then we jump to a cutscene where Kingpin — apparently undaunted by what I did to him in gameplay — takes control of the fight and nearly wins. Then the cutscene continues with Spider-Man turning the tables and defeating him at the last moment. This is awful. It negates the player’s input and shows that they didn’t really defeat Kingpin. They just used gameplay to unlock a cutscene that depicted a completely different fight. The game designer essentially grabs the controller out of the player’s hand and shouts, “My turn!” as they finish the fight “properly.”

Yes, that big showy finale looks more cinematic, but it creates that effect by negating the entire idea of a game. It might look more impressive, but it feels so much less rewarding. I’ve already got a stack of Marvel movies on my shelf. If I want to watch a superhero fight, I’ve got lots of options to choose from. I’m here because I want to participate in a superhero fight, which is one thing that the movies can’t give me.

Marvel’s Spider-Man is really bad about this. In fact, the harder you need to work for your victory, the greater the chances are that the designer will ignore your contribution and overwrite it with a little movie of their own invention.

On one hand, it’s totally unfair to demand this game mindlessly copy what the Batman: Arkham Whatever games do. On the other hand, the game seems to be borrowing Batman’s feature set without a complete grasp of what made those systems work so well to begin with.

Batman uses a visual cue to indicate an incoming attack. You can then respond by hitting the counter button. If you’re quick enough, you avoid the damage.

The foes in Batman follow a certain kind of “mook etiquette” similar to what you find in your typical martial arts movies. The fights have a rhythm imposed on them. If one guy begins attacking, then everyone else will bounce around in the background and patiently wait their turn. Nobody else can initiate an attack until the current attack is resolved. If two guys attack at the same time, they have to attack at exactly the same time. This means that all damage is avoidable once you’ve mastered the system.

Spider-Man has a dodge move similar to the counter button in Batman, except the designers didn’t give the system this underlying rhythm. Mooks can attack at any point, even when you’re in the middle of dodging some other attack. You’ll come out of the dodge animation to take an unavoidable hit from a third party.

On top of this, the window for dodge timing is all over the place. Sometimes the dodge warning will come way too soon. You’ll hit the button right away, and Spider-Man will complete his entire dodge move before the telegraphed attack has even begun. The bad guy will then slide into place and clock you, despite the fact that you “dodged” him. Other times the dodge window is so short that the warning and the attack are nearly simultaneous.

These problems make fights feel unfair and add a lot of random noise to a game that could otherwise have provided a clean system with a much higher skill ceiling.

3. The Camera and Takedown Animations

There’s an option in the menu to have the camera auto-adjust to aim at the action. I have no idea what it does. It might be the user interface equivalent of a placebo. I’ve always played with the option enabled, but the camera never seemed to do anything helpful.

I always thought the Batman: Arkham Something camera was strange for the way it orbited around the battlefield like a continuous Michael Bay 360 shot. As annoying as that was, at least that meant the camera spent half the time aimed somewhere useful. In Spider-Man, it felt like the default camera position was aiming itself away from clustered bad guys so I was constantly getting tagged from just off-screen.

Spider-Man strongly encourages you to engage in lots of aerial combat (being on the ground is a lot more dangerous) which is a shame because this magnifies a lot of the camera’s problems. While you’re in the air, the camera doesn’t aim down to keep your grounded foes on-screen. This means you need to move your thumb away from the dodge button to aim the camera slightly downward. Once you land again, the camera retains the previous downward angle, which means you can’t see the guys in front of you.

Spider-Man is pretty fragile. You usually can’t afford to miss a dodge, and I took a lot of hits while wrestling with the stupid camera. Overall, the camera was more dangerous to me than my foes. (Don’t even get me started on how often I found myself fighting blind because the camera wound up behind a tree.)

Part of the problem is the different ways Spider-Man and Batman handle crowds in their respective games. In the Arkham games, mooks try to swarm Batman. This means he ends up at the center of the crowd, so the orbiting camera makes some kind of sense. Spider-Man’s constant jumping and swinging creates a tendency for him to end up on the edge of the crowd with the camera facing outward, away from your foes.

Eventually you’ll get the camera into some kind of workable position. But then your focus meter fills up and you get to use a takedown move to instantly remove a single mook from the fight. That’s cool, and the animations are pretty stylish, but the game drops into slow motion and the camera sweeps in to make the whole thing more “cinematic.” Aside from breaking the flow of the fight by making you watch a slow-motion body-slam for the 1,000th time, this usually messes up your camera positioning. Sometimes the camera will orbit around you from floor level during the show, and then the game will leave the camera in this useless position once it returns control back to the player.

The Arkham games only do this sort of slow-motion closeup at the end of an encounter, but Spider-Man does it every time you use a takedown. This takes something that should be a cool finale and makes it an annoyance and a liability. It got to the point where I was avoiding using takedowns because I was surrounded by foes and I couldn’t afford to have the game grab the camera and put it somewhere stupid.

Spider-Man has a lot of gadgets in this game. That would be fine, but the game has a shooter-style weapon wheel that slows time so you can change gadgets mid-fight. This is ugly and flow-breaking. The Batman games have key combinations so you can use a particular gadget in the middle of a fight without needing to break the flow to switch weapons.

Again, I want to stress that I don’t think that Spider-Man needs to mindlessly copy what the Arkham games do. Spider-Man is free to do something different, but it shouldn’t do something that’s objectively worse. This is a fast-paced game and a time-stopping weapon wheel does it no favors.

This goof is terrible. The Taskmaster challenges are roughly equivalent to the Riddler challenges in the Batman games. This is where the designer puts timed fights, races, and obstacle courses. The problem is that Taskmaster himself is a boring one-note edgelord. Maybe he could work if Spider-Man spent the whole time making fun of him, but I’d just as soon see Taskmaster join Kai Leng and the Arkham Knight in Lame Self-Serious Antagonist Hell.

This is a job for Mysterio. I have no idea why we’re importing this Taskmaster dingbat when we could be utilizing a classic Spidey foe like Mysterio. You can even use him to make jokes and comments about modern superhero movies and complain about how everything is CGI now and nobody uses practical effects anymore. (Quentin Beck was a special effects guy and stuntman before donning the fishbowl helmet to become Mysterio.) His special effects schtick is a good excuse to justify Spider-Man doing all these random challenges, and this would be a good way to make use of a foe who’s not really suited to the established Spider-Man brawling combat. It’s true that nothing can top the epic Mysterio fight in Spider-Man 2, but that’s no reason to abandon the character.

I have a few other wishlist items for the Spider-Man sequel. I know the developer doesn’t have any control over contracts they’ve already signed with Sony, but I’d love it if this series could somehow make it to other platforms. This is the fourth game to have the title of simply “Spider-Man,” and so I’d like it if they gave the next game some sort of subtitle to avoid confusion with older games. I’d also appreciate it if the designers went a little easier on the quicktime events next time out.

To reiterate: It’s a fantastic game, but the developers shouldn’t get too cocky. There’s plenty of room for improvement.

Monster Hunter and Mega Man Movies Are in the Works