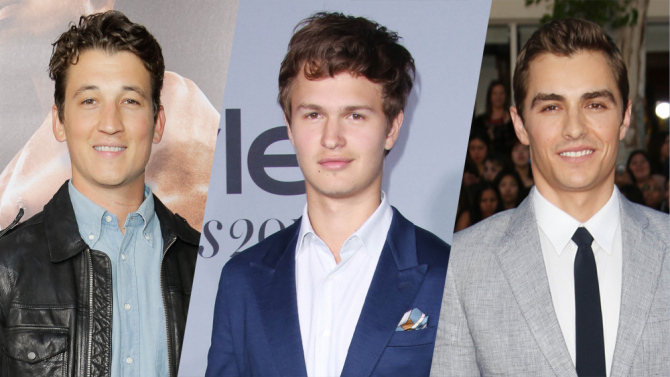 With Harrison Ford having made his last appearance as the smuggler extraordinaire in Star Wars, the question becomes who will play Han Solo in the upcoming prequel spinoff movie.

The film is not set to begin filming for another year, but Disney and Lucasfilm are already casting out the nets to find the young actor to take on the role of Han Solo in the as-yet unnamed spinoff movie focused on the rogue smuggler.

According to Variety, actors Miles Teller, Ansel Elgort, Dave Franco, Jack Reynor, Scott Eastwood, Logan Lerman, Emory Cohen and Blake Jenner have made the final cut. While a few details have yet to be worked out, word is that film producer Kathleen Kennedy and directors Phil Lord and Chris Miller want to start testing with the new group as soon as possible.

Why the rush, given that filming isn’t scheduled to begin until next January? Apparently, the young Han Solo could be making an appearance in another Star Wars spinoff currently being shot, Rogue One: A Star Wars Story. That film is supposedly set between Episode III: Revenge of the Sith and Episode IV: A New Hope and is scheduled to be released in December of this year. Disney apparently wants actors between the ages on 20-25, although Eastwood is 29.

The Han Solo film isn’t schedule for release until May of 2018.