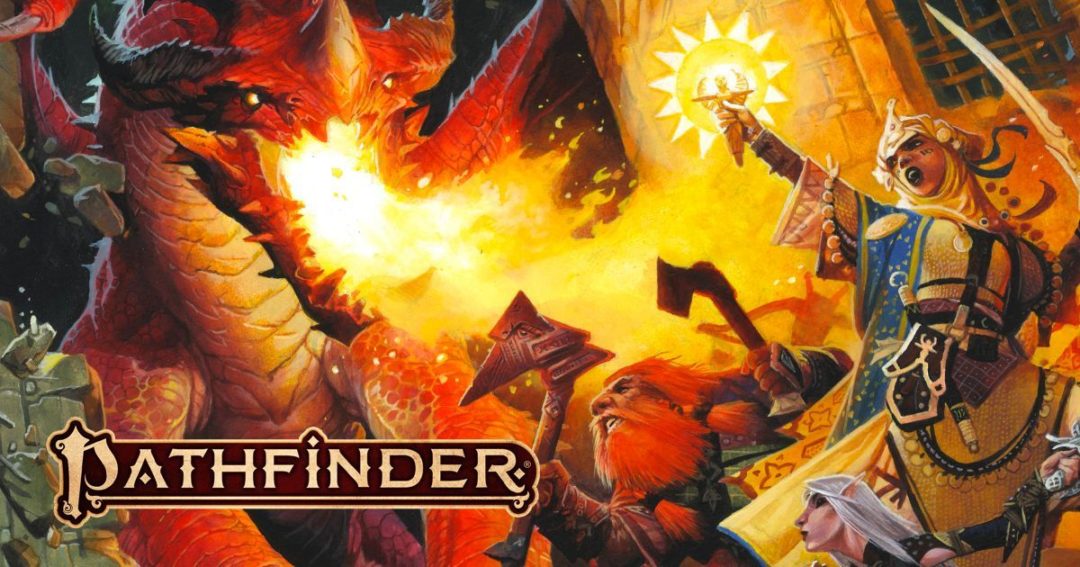 In many ways, I’m the ideal Pathfinder customer. I own almost all the major books that Paizo has published for its tabletop roleplaying game since 2009. I regularly buy Paizo’s corresponding miniatures and I’m an avid player of the Pathfinder Adventure Card Game. I’ve run Pathfinder for a podcast and I play the game as often as I can. And it’s for all those reasons that I just wasn’t excited when Paizo formally announced the books it will be releasing for Pathfinder Second Edition in August.

I’ve been here before. In the lead up to the 2008 release of Wizards of the Coast’s Dungeons & Dragons 4th Edition, my friends spent a lot of time going over 3.5 Edition’s well-known flaws. Classes were unbalanced, healing was boring, some spells could break the game. “4th Edition will fix everything,” was our joking refrain. But it didn’t really fix anything. The two editions were so fundamentally different that we couldn’t possibly convert our characters to the new system. While we bought the new 4th Edition books and started up a campaign using them, we still kept playing our 3.5 characters and just made up our own fixes to the broken rules.

We wound up finding some actual solutions when Pathfinder launched. We started integrating some of that system’s rules into our campaign. We tried a new hybrid game blending rules and character options from both systems. Then we abandoned 3.5 altogether and started just playing Pathfinder. We weren’t alone. Just a few years later, Wizards of the Coast declared 4th Edition dead and Pathfinder became the top-selling d20-based RPG.

Pathfinder’s still not perfect. Classes are much better balanced, but other problems inherited from 3.5 have never been dealt with. We’re still using a system of house rules to try to fix them and they’ve grown so complicated that they have their own Google Doc. I can’t blame Paizo for wanting to start from scratch rather than continue to be saddled with a nearly 20-year-old set of rules. But I also question the wisdom of following Wizards’ example and producing another system that isn’t backwards compatible.

Pathfinder designer Mark Seifter said he knows that not all current Pathfinder players will make the transition. Seifter also said Paizo is planning to keep releasing books to appeal to those players who don’t make the jump. But just as the end of 3.5 Edition led my friends to become loyal to another gaming company, Pathfinder Second Edition is likely to cause even more fragmentation of the market. There’s no telling who the primary beneficiary will be. Pathfinder Second Edition is meant in part as an answer to the success of D&D’s 5th Edition, but Pathfinder players asked to invest in new books might throw their money at that game instead. Or they could just spend years without buying new content. I’m actually still playing in a 4th Edition game even though I haven’t purchased a book for that system since 2011. They could just keep buying Pathfinder books produced by third-party publishers or turn to whatever new fantasy game comes out next year.

I suspect that the Pathfinder Second Edition rules will solve some of the problems in Pathfinder, leave some existing ones, and create entirely new ones. I also already know that I won’t be able to convert my current Pathfinder game to the new system. Two of the characters use classes that won’t exist in the core book, so we’ll presumably have to wait for a new version of the Advanced Player’s Guide to see rules for them. Pathfinder has been publishing content for a decade and it’s going to take a long time until Second Edition build up a similar wealth of character options. Like with 4th Edition we might start a new game when Second Edition comes out, but we’re not planning on giving up on our current adventure. That divided loyalty will keep us from being the ideal customers Paizo needs for this new venture to succeed.

On Friday my gaming group wrapped up the first book of the Wrath of the Righteous adventure path, where our heroes spent an eventful week trying to protect a city from a demonic invasion. “It feels like it’s been a year,” one for my friends joked, because it’s actually been longer in real time. Wrangling the schedules of six adults is hard, and a few minutes of in character time can take a full night of our own if that time is spent in a hard fight. We kicked off the second book in the six-book series the same night, and fully expect it will take years for this game to wrap up. We’re OK with that.