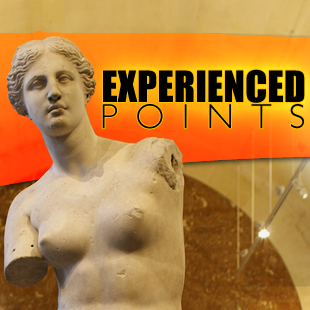 This question gets asked a lot. “Why is a bare breast more offensive than a severed arm?” This question – or one like it – has been around in one form or another for decades and is usually presented as a challenge or a demand for explanation regarding the way movies are rated, marketed, and edited.

Then videogames came along and suddenly the difference is even more extreme: Games with nudity or frank discussions about sexuality are hard to find, and when they do show up they’re usually very controversial. Meanwhile, games about murdering hundreds of people are so common that it barely warrants a mention. It was a big deal when Catherine came out and suddenly we had a videogame that talked about sex and relationships, but Hollywood makes a dozen movies around those concepts every year. Our fixation on violence and aversion to sex has always been seen as a kind of strange thing (particularly to Europeans regarding American culture) and gets dragged up every couple of years when one side goes “too far” with their content, or when people complain a little too vigorously about seeing something they don’t like.

This question is usually framed as a criticism of the broader culture in general: “Why is it okay to cut off someone’s arm, but not okay to show them naked? What kind of sick culture loves violence and hates sex?” I think this question is kind of misleading, and makes some faulty assumptions about why we choose certain forms of entertainment and how they make us feel.

Before I dig into this, I need to drag one argument out behind the shed and shoot it, because otherwise it’s the only thing people will discuss in the comments: Your particular standards for what is “offensive” are no more valid than anyone else’s. Everyone seems to think that their attitudes to the human body are perfectly normal, and that everyone else has these strange fixations or hang-ups. When arguing about what’s appropriate for “family” entertainment or what’s fit for (say) television, we usually see arguments like this:

1) Can you believe those people, freaking out over bare arms and bellies? As long as you can’t see a woman’s nipples, it’s just fine for family entertainment.

3) What’s so bad about showing genetailia? We all have them! It’s natural! What is it with you religious nuts obsessing over private parts? It’s not like we’re showing people screwing.

4) Why not show people screwing? It’s natural. I mean, as long as you’re only showing two people at a time, and they’re attractive, and not doing anything too kinky, I don’t see what the big deal is.

George Carlin once said, “Have you ever noticed that anybody driving slower than you is an idiot, and anyone going faster than you is a maniac?” The same idea applies here. We all seem to think that everyone more conservative than us is a prude, and everyone less conservative is some kind of sex-crazed hedonist. We tend to classify things as offensive if they’re shocking or go beyond the norms we’re used to, and these norms are generally shaped by stuff like tradition, climate, and viewing habits. You can criticize American attitudes if you want to, but you likely have someone on the other side of you who says the exact same things about your culture. So for now let’s set aside debates on who are the prudes and who are the hedonists and just accept that the border between mundane, edgy, and offensive is really blurry and trying to draw definitive lines anywhere is probably not an awesome use of our time.

Getting back to the main question: “Why is a bare [body part] more offensive than [violent act]?” Let’s look at this in passive media (movies and television) before we consider the videogame side of it.

Most passive media is created with the expectation that it will be a communal experience. The vast majority of people go to the theater with someone. Television is often produced with the expectation or understanding that people will watch it together. Violence works for this because we all have basically the same type of reaction to violence. When something violent happens we experience cringing discomfort, body horror, or visceral satisfaction, depending on who was hurt and how they were hurt. Maybe I’m more grossed out than you, but in general everyone is feeling roughly the same thing.

This isn’t true for sexual content. When naked bodies and sexual activity appear on screen, we’re suddenly having very personal experiences that are probably disconnected from the experiences around us. Maybe one person is aroused. Another will feel inadequate or self-conscious about their own body. Another will feel embarrassed. Someone else will be grossed out. Someone else will find the whole thing ridiculous to the point of comedy. Someone who isn’t yet sexually active can find the images scary or confusing. Another person stops thinking about the movie and begins worrying about what everyone else is feeling. We’re no longer having a communal experience, we’re having divergent experiences. 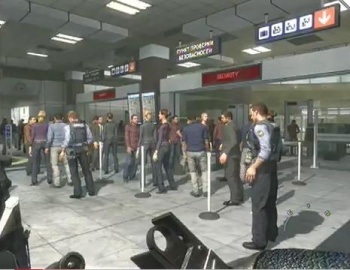 More importantly, arousal is a very personal thing and we’re more particular about when and where we want to feel it. I don’t mind being grossed out in front of my mom, but I definitely don’t want to be aroused in front of my mom. Making something sexually titillating immediately makes it something that you don’t want to see in certain situations. People aren’t so much upset by what they’re seeing as what they’re feeling. While you can ease the impact of violent imagery by reminding yourself it’s “just a movie”, that’s not so easy to do with sexual content. That really is a naked person and they really are affecting you on a physiological level. You can stop believing in a movie, but you can’t control what sorts of things arouse or embarrass you.

This probably explains why people are so much more prickly when it comes to sexual content versus violent content. It’s not that people think murder is better than sex, it’s that sexual content makes them feel things they don’t want to feel and turns communal entertainment into a moment of shared awkwardness. This is especially problematic in the world of television, where you look for content by surfing channels and you don’t have a convenient way of knowing what sorts of content you’re going to be exposed to ahead of time. This creates the dreaded “danger surf”, where other people (the kids, or grandma, or your neighbor) enter the living room in the middle of your channel surf and suddenly it’s your job to land on something tolerable that isn’t going to shock, offend, or traumatize the other people in the room.

I don’t want to make it sound like adult content never has a place on the small screen. But some people do feel that way, and I understand why. I get why they feel that television should be an inherently family-friendly medium. This problem has been made much, much worse by American cable companies insisting on selling their channels in bundles. As I pointed out above, everyone has a different idea of what is “okay”, and bundles are a horrible system for dealing with gradients like this.

So that’s television: A horrible tug-of-war between the family “prudes” who want to be able to channel-surf with the kids and the “hedonistic” singles who will reliably watch anything with gorgeous and sexually provocative young people in it. Throw in terrible cable service, the long-standing trend of content getting racier over time, the background culture war that’s always going on, and the occasional accidental escalation of content levels and you’ve got a pretty good system for pissing people off and creating lots of silly moral panic.

So what about videogames? As odd as sex can be in movies and television, at least they have sex. What’s the deal with an industry where massive body counts are the norm and human sexuality is barely acknowledged? Videogames don’t have the drawbacks that you find in passive media. A single-player game is obviously designed for one person, so you don’t have the problem of social awkwardness when you’re viewing something salacious in mixed company. Their labeling is better than movies, offering details about what sort of content the game has to offer instead of a silly age rating. They’re [over] marketed to young males, who are by far the biggest consumers of sex-themed media.

But rather than chalk this up to puritanical attitudes to sex or a lust for violence, I think there are a lot of really practical reasons why sex doesn’t show up in videogames. Assuming you’re not making some sort of juvenile stick-thrusting minigame like hot coffee, then a game about sex is probably a game about people and relationships, and we’ve never been good at systemizing that sort of thing. We can’t do games where people talk about sex for the same reason we can’t do games about contract negotiation, subterfuge in diplomacy, or philosophical debate. Computers are too stupid to act as a proper conversational foil for the player. The best you could do is have a BioWare-style conversation wheel, and that would probably be really sad and awkward.

Worse, the “divergent experiences” problem becomes even more extreme in interactive media. If we all react differently to sexual content in passive media, then we’re going to react even more strongly when we’re asked to participate. I might be able to sit through an uncomfortable sex scene, but I really don’t want to pick up and controller and push the characters into it.

Shamus Young is a programmer, critic, comic, and crank. You can read more of his work at Twenty Sided.

The Walking Dead Season 2: Amid The Ruins Review